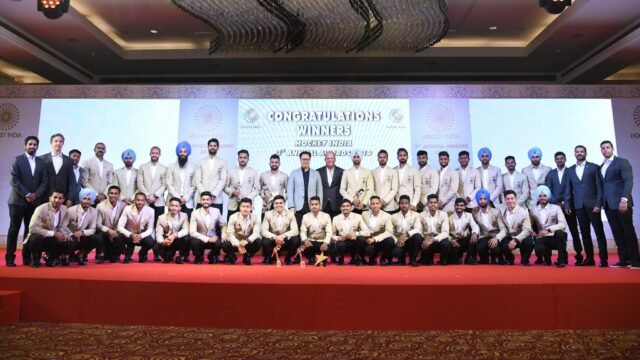 Since they had travelled together, there is a likelihood that they contracted the virus while travelling to Bengaluru.

All five tested negative in the rapid test. However, since Manpreet and Surender began to display Covid symptoms, they along with 10 other athletes were given the RT-PCR test on Thursday, and the five have been found to be Covid-positive.

5 hockey players, including captain @manpreetpawar07 who joined the National Camp in Bengaluru after a home break and were travelling together, have tested Covid positive during SAI's mandatory test. They are in isolation, and under treatment. I wish them a quick recovery. pic.twitter.com/dZaWSSZgHB

Manpreet said he was happy that testing of athletes had been made mandatory. He added that he was doing fine and hoped to recover soon.

Thank you so much @KirenRijiju sir for the well wishes, we are well taken care off by SAI here in Bangalore 🙏🏼🙏🏼🙏🏼 https://t.co/kXNzczFQ4Y

Cooperate, if you don’t want another COVID-19 lockdown: Karnataka CM to people