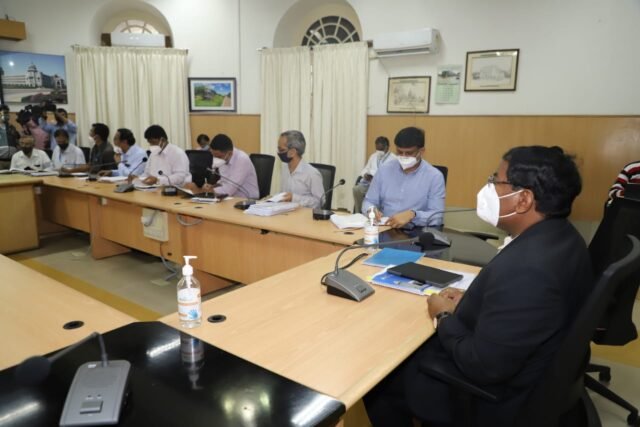 A total of 209 flood-prone areas have been identified in the city, of which 151 are considered ‘sensitive’.

Speaking after a review meeting on Friday, BBMP Commissioner N Manjunatha Prasad said preventive measures had been taken in these areas, including installation of 28 sensors to gauge water levels.

The Revenue Department has given a grant of Rs 50 crore for precautionary measures. Besides, BBMP engineers have been told to formulate a flood-prevention plan, for which a Central grant of Rs 35 crore is available.

The city on an average gets 185 mm of rain in June and July. However, this year it has received 65 per cent more rain than usual, he said.

28 teams with GPS- fitted vehicles have been set up to remove fallen trees.

“There are 9 permanent control rooms, and 63 temporary control rooms in each sub-divisional office,” he said, adding that zonal engineers have been tasked with preventing rain hazards.

“There are 1,400 km of major roads in the city, but since many main roads fall in two zones, road maintenance has been reallocated to the road infrastructure division,” the BBMP chief said.

No corruption in Covid purchases, no probe needed: Minister