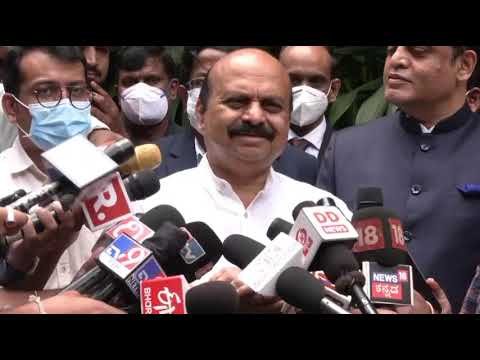 We want R&D to percolate to the garage level: Bommai

Keen to maintain Karnataka’s status as a leading innovation and technology hub in the country, the state government will soon come out with a new research and development policy that will make R&D an integral part of the state’s schools, colleges, universities and even private institutions, according to Chief Minister Basavaraj Bommai. “We want to encourage garage-oriented R&D centres…we want R&D to percolate to that level,” Bommai said on Wednesday.

“Bengaluru Tech Summit (BTS) is a very big event. Through this summit we want to scale up innovation to the next level. More than 7,000 delegates from all over the world are participating in it via the virtual mode. We expect them and many companies which are participating here and are involved in cutting-edge technologies in semi-conductors, renewable energy and aerospace to come to Karnataka,” Bommai told media persons after the inauguration of BTS.

Assuring all assistance to those who set up R&D units in Karnataka, Bommai said, “We have created the necessary infrastructure and a very good ecosystem. We want those already here to scale up their operations.”

Replying to a question on the proposal to make Kannada compulsory under the New Education Policy, which has been questioned in a petition before the Karnataka High Court, Bommai said it was an ‘old issue’ which has come under judicial scrutiny now.

She was murdered for asking tenant for rent