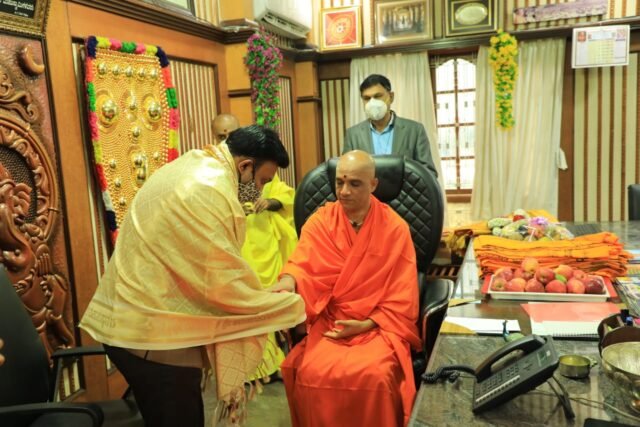 Karnataka Minister for Medical Education Dr K Sudhakar, who was asked by Chief Minister B S Yediyurappa to take over Health Portfolio also, on Monday said that as a Minister for Health he would focus on bringing Covid-19 under control and work towards decreasing the fatality rate in the state.

“My first priority is to bring Covid-19 under control, decrease the death rate and make sure people get easy treatment,” he added.

Till now, the Health Department was headed by B Sriramulu, who will now be given the plum social welfare portfolio.

According to Sudhakar, Health and Medical Education Departments are interrelated. “Technically, they are one. It was to be handled by one person. But, in 2000, the two departments were separated as the then Cabinet had too many members. That has been set right now”.

He said that Sriramulu was not sulking. “He’s not disappointed. Social welfare is a big department with an outlay of over Rs 25,000 crore. I believe he wanted this portfolio in the past”.

Sudhakar disagreed with reporters when they pointed out that changing the health minister amid corruption allegations in the procurement of Covid-19 equipment would send out the wrong message.

“I’ve said in the Assembly that there was no corruption. But, keeping in mind media queries and Opposition claims, I will study once again,” he said.

His first task as the Health Minister will be to visit Mysuru ahead of the Dasara festival. “I have some meetings lined up, including one with private hospitals.”

A formal notification on the change in portfolios is expected later in the day. (Agency)

Self-quarantine has boosted my energy: Minister