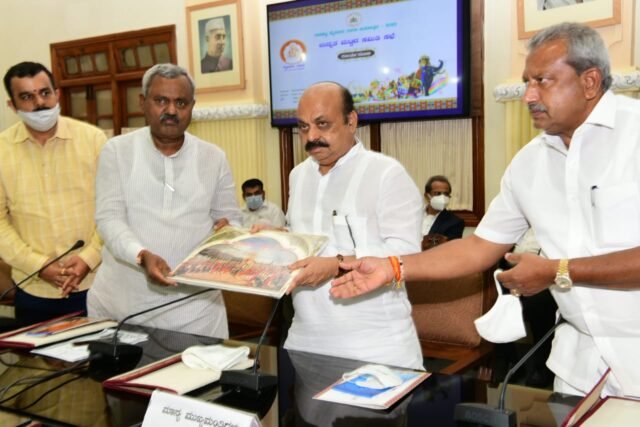 Speaking to reporters later, the CM said all the associated rituals such as the inauguration of the fest atop Chamundi Hills, the Jambu Savari and the lighting of the entire city for 10 days will continue. “We have decided to release Rs 6 crore for the celebrations at Mysuru, Chamarajanagar and Srirangapatna,” Bommai said.

The high-level committee has authorised the Chief Minister to select the ‘eminent personality’ to inaugurate the 10-day fest.

According to the Chief Minister, the meeting also decided to release an amount of Rs 8.09 crore pending for 2019. “I have directed officials to maintain financial discipline and not exceed the grant released for the year,” he said.

The CM noted that several MLAs have requested the establishment of a tourist circuit in the Mysore region and said he would discuss the issue with the Tourism Minister. Tourism had taken a hit due to Covid-19, and steps would be taken to address the issue, he said.