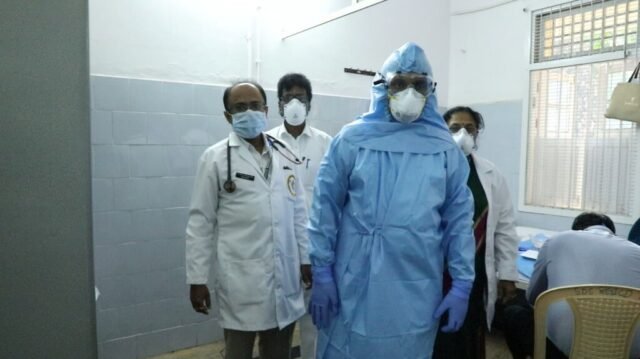 The Karnataka government is to promulgate the  Epidemic Diseases Ordinance, under which those who obstruct government officials or healthcare workers can be imprisoned for up to 2 years, with or without a fine of Rs 10,000.

This was among the announcements made by Medical Education Minister Dr K Sudhakar at a presser on Monday, following a cabinet meeting chaired by Chief Minister B S Yediyurappa.

The minister said the salary revision with effect from April 1 for the faculty of all super-speciality hospitals, including the state government’s Jayadeva and Kidwai medical colleges will be adopted as per 7th Pay Commission.

“The entire financial burden will be borne by the state government. In the midst of the COVID19 crisis, it will motivate the doctors and teachers who are working day and night. I thank the Chief Minister on behalf of the department,” Sudhakar said.

The minister advised citizens, especially elders,  with pre-existing ailments like asthma, diabetes and hypertension to be even more cautious in the present circumstances.

Sudhakar appealed to people to visit a doctor as soon as they had any Covid-like symptoms. “We are now doing over 2,000 tests daily. There are currently 17 labs in the state and they will be increased,” Sudhakar said.

CM to chair meeting at 11 am today to discuss lockdown 4.0