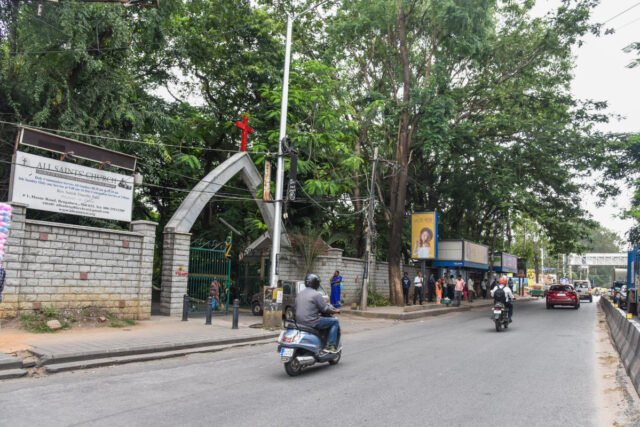 The Directorate of Enforcement (ED) has attached assets worth Rs 59.52 crore of the Church of South India, following a charge of fraudulently selling land belonging to the Ministry of Defence to Bangalore Metro Rail Corporation Limited (BMRCL).

The attachment order was issued under the provisions of the Prevention of Money Laundering Act, 2002 (PMLA). The attached assets are in the form of fixed deposits with State Bank of India, Sudhamnagar branch, in the name of Church of South India Trust Association (CSITA).

The ED action follows an FIR registered at the Ashoknagar police station against CSITA for dishonestly entering into an arrangement for transfer of the title of defence land measuring 7,426.886 square metres (which was earlier leased to All Saints Church) to BMRCL for Rs 59.29 crore in 2019.

The land is part of the precincts where All Saints Church is situated. Earlier, BMRCL had acquired the land through Karnataka Industrial Areas Development Board (KIADB).

Investigations have revealed that the title of the land belonged to Ministry of Defence, Government of India, and it was only leased out to All Saints’ Church, and no proprietary right of the land was ever transferred to the Church.

The compensation for the land was required to be paid into the Consolidated Fund of India as the rightful owner of the land is the Ministry of Defence.

Accordingly, identified assets to the tune of Rs 59.52 crore of CSITA have been provisionally attached under the PMLA.