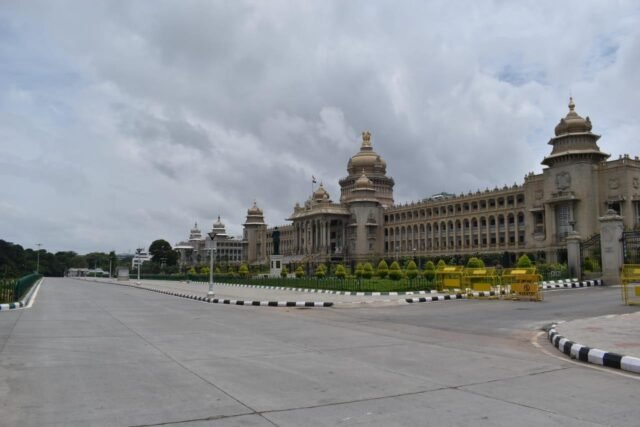 Karnataka Assembly will have a discussion on the subject propagated by the prime minister Narendra Modi on ‘One Nation – One Election’ during the 10-day Karnataka Legislative session, scheduled to begin fromDecember 7.

Addressing a press conference here today, Karnataka Assembly speaker, Vishveshwara Hegde Kageri, informed that in the 10-day session, the discussion on the subject would be discussed on the last two days of the session, on December 14 and 15, he said.

Informing that the decision to hold a two-day session especially on ‘one-nation – one-election’ issue, which had been highlighted by the Prime Minister Narendra Modi, recently at Kevadia in Gujarat, during conference of the presiding officers of various Assemblies and Legislative Council, he said that “Karnataka would be the first state to have a detailed debate on the issue”.

“I have already briefed the issue with the Chief minister B S Yediyurappa, Opposition Leader Siddaramaiah
and the JD(S) leader H D Kumaraswamy and sought their co-operation on the issue” he said.

The Speaker however clarified that the scheduled two-day debate on the issue will not hamper the other proceedings of the house. “There will be a question hour, presentation of bills, zero hours and other associated businesses of the house” he said.

He also said that as many as 10 Bills are scheduled to be tabled before the ten-day Winter session of the house.

Replying to questions, the speaker said that he will take the advice of the Health authorities on taking precautions against the spread of corona virus, on those who would take part in the session. (Agency)

Yediyurappa allocates portfolios to new Ministers, effects changes for some