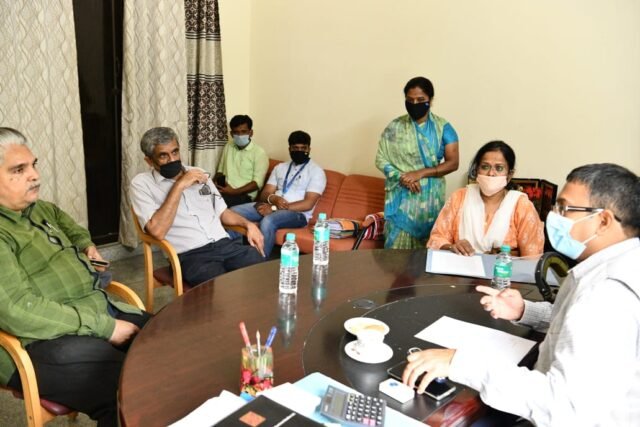 The state-owned Kanteerava studio in the heart of the city is proposed to be developed on the lines of Ramoji Rao Film City in Hyderabad.

Speaking to the media after visiting the Rajkumar and Ambareesh Memorials on Sunday, PS Harsha, Commissioner of the Information and Public Relations Department, said the studio should be developed in a manner to attract more and more film and teleserial makers, which would also bring in more revenue for the government.

Discussions are on with the family of  Dr Rajkumar on developing his Memorial as a tourist destination. Harsha said the CM had announced a grant of Rs 5 crore for the development of the Ambareesh Memorial.

Joint Directors of the Information and Public Relations Department, AR Prakash and DP Muralidhar, Managing Director of Kanteerava Studio Mamata, and  KN Vijayananda were among those present.

Milestone in automobile transportation to Nepal

Warning to residents as KRS to release water into Cauvery