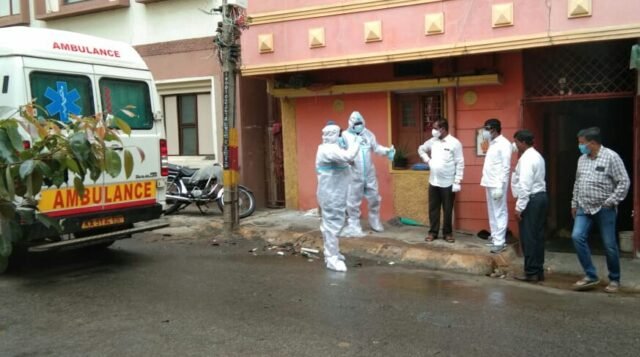 Conjugal ties are crumbling in the face of the dreaded coronavirus. In a recent incident, a Bengalurean reportedly fled after his wife tested positive. Neither did he show up for her funeral after she succumbed to the disease.

The duo were residents of Shankar Mutt ward, JC Nagar, in the Mahalaxmi Layout assembly constituency.

The man was working as a driver and his wife was a sales girl at Orion Mall. She was unwell for a few days and subsequently tested positive at the Adichunchanagiri Hospital.

After hearing of it, the man fled overnight. The deserted woman died at home a day after she tested positive.

When informed of the incident, the house owner called the man but his phone was switched off. He informed Shankar Mutt corporator M Shivaraju, and the body of the woman was later disposed of by officials.