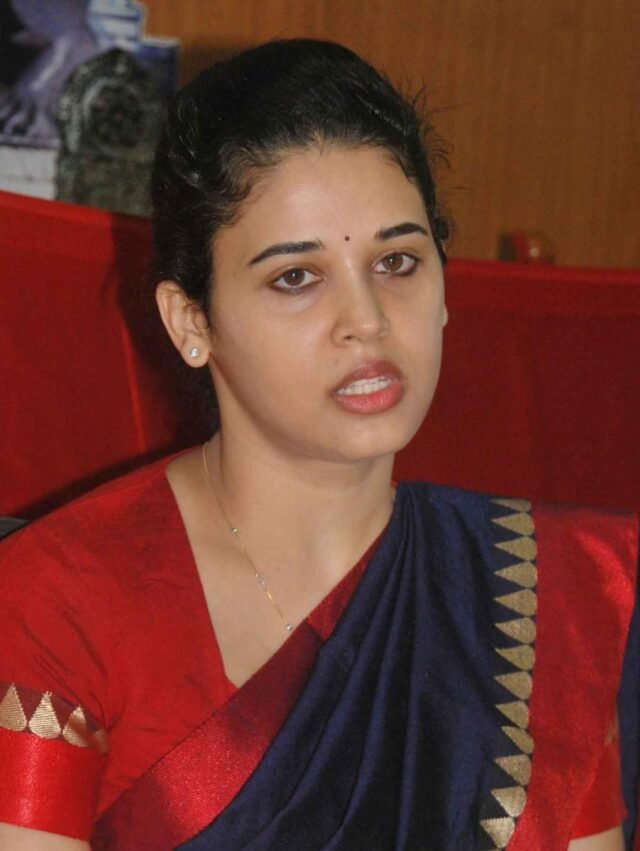 The fact-finding committee constituted by the Karnataka High Court to look into the Chamarajanagar Covid deaths has given a clean chit to Mysuru Deputy Commissioner Rohini Sindhuri, stating she did not have any role in allotting oxygen to Chamarajanagar district.

Censuring the Chamarajanagar Deputy Commissioner MR Ravi, the report said he had not exhibited the dynamism and leadership qualities expected of a district head in a dire crisis situation.

“As Chairman of the District Disaster Management Committee, he has miserably failed to guide and supervise the crisis situation arising out of extreme demand for oxygen. On the contrary, he has indulged in an unsavoury blame game accusing the DC Mysuru (Rohini Sindhuri) of causing hindrance for oxygen supply without any basis,” the report said.

Read Here: One district’s DC has no role in oxygen supply to another district: Mysuru DC Sindhuri https://thebengalurulive.com/one-districts-dc-has-no-role-in-oxygen-supply-to-another-district-mysuru-dc-sindhuri/

The committee pointed out that cumulatively, the failure of the district administration in general and the hospital authorities in particular, including the Dean of CIMS, is apparent. A detailed probe alone can unearth the acts of omission and commission of the concerned individuals for fixing responsibility for the tragedy.

The committee was of the considered opinion that all 24 deaths which occurred on May 2 and 3 in the hospital were attributable to the lack of oxygen at the hospital.

According to the committee’s report, the observation in the audit report dated May 3, 2021 in respect of the 24 deaths, indicating the cause of death of 7 persons as hypoxic brain injury and those of 14 persons due to Covid, appears to be on the basis of the time of death as indicated in the case sheets after the oxygen supply was restored by about 2 am on 03-05-2021. “However, the fact remains that all those persons were in-patients in the hospital and they were in need of oxygen during the crucial time when there was no oxygen stock available in the hospital. The entry in the case sheets “FiO2” indicates that there was deprivation of oxygen to them also during that period, which resulted in damage to the brain cells of a large number of them and for others damage to their vital organs, which might have led to their deaths subsequently.”

‘Mysuru DC had no role in oxygen supply to C’nagar’

The committee noted that prior to May 3, there was no mechanism in the entire state of Karnataka regarding the allocation or supply of oxygen to individual districts. Thus, there was no regulatory mechanism in place. No doubt, the refilling plants on which the District Hospital, Chamarajanagar was dependent for its oxygen requirements are situated in the revenue District of Mysuru which comes under the jurisdiction of Deputy Commissioner, Mysuru. However, on that basis, it cannot be said that the Deputy Commissioner at Mysuru had any control or regulatory powers over the supply of oxygen to other districts or consumers. Supply of oxygen to the District Hospital, Chamarajanagar from the refilling plants at Mysuru was pursuant to independent MoUs between the Dean of CIMS and the suppliers. The Mysuru DC had no role to play in the matter of providing or supplying refilled cylinders to Chamarajanagar district. It was the responsibility of Chamarajanagar District Hospital authorities to take the empty cylinders to refilling plants at Mysuru and get refilled cylinders and transport them back to their destination. The only restriction imposed as per the Government Order dated 24-04-2021 was that oxygen should not be diverted for industrial use and all oxygen should be used only for medical purposes.

Allegations made against the DC, Mysuru is that she had prevented the refilling agencies from refilling the cylinders of other districts by giving instructions that only after meeting the needs of Mysuru district, the needs of others should be met. In support of this allegation, we did not find any material in the records. Documents on record indicate that DC, Mysuru had visited refilling plants on May 1. However, the said visit was stated to be to instruct those refillers to act in accordance with government order and not to divert (oxygen) for industrial purposes. In fact, a meeting was held under the chairmanship of the DC, Chamarajnagar in his capacity as Chairman of District Disaster Management Authority on May 2, to discuss the Covid situation. With regard to the issue relating to oxygen, the meeting proceedings do not refer to any alleged hindrance caused by the DC, Mysuru in the smooth supply of oxygen to Chamarajanagar at the refilling/bottling plants. No material is forthcoming from the records in support of the allegation. Accordingly, it is evident that the DC Mysuru has not come in the way of refilling agencies at Mysuru from refilling the oxygen cylinders of any other districts, including Chamarajanagar.

Recommendations of the committee

a) An officer higher in rank than the DC of the district should be appointed to coordinate the allotment and distribution of oxygen to various district hospitals in future. For example, the Regional Commissioner, Mysuru should be the coordinating authority for Mysuru Division, since Mysuru bottling plants/refilling units cater to the requirements not only of Mysuru but also those of Mandya, Chamarajanagar, Kodagu and Hassan districts.
b) A minimum buffer stock of oxygen to last for 24 hours should be ensured in all the hospitals.
c) Conduct of post-mortem should be made mandatory in all cases where death has occurred due to non-availability of oxygen.
d) Maintenance of records regarding receipt, consumption and balance of oxygen stock should be uniform throughout the state and such a record should indicate the balance of oxygen stock on a real-time basis. The real-time oxygen balance should also be displayed digitally at all hospitals.
e) In view of the assessment of experts about a possible third wave, massive training programmes in management of medical oxygen, which is a scarce commodity, at all the hospitals should be organized by the government immediately.
f) The training module should incorporate the best practices and experience. A handbook for use of oxygen should also be developed by experts and made available in Kannada and English at all private and government hospitals, big and small.
g) It should be the endeavour that all Covid hospitals are provided with 4 levels of oxygen source, namely, oxygen generation plants in all the hospitals having 100 or more oxygenated beds, liquid oxygen tank of appropriate capacity commensurate with the demand of the hospital, jumbo cylinders and oxygen concentrators.
h) It should be made compulsory that all vehicles carrying refilled medical oxygen cylinders should be installed with GPS. Such trucks should also have a covered body which should be locked and sealed before dispatch, to be opened by the consignees only.
i) The bottling plant, M/s Trinetra, in Mysuru City is non-functional. In these times of high oxygen demand and shortages, the government should take proactive steps to revive and ensure that non-functional bottling plants like Trinetra are made operational as early as possible.
j) Each hospital should undertake capacity-building measures to ramp up the infrastructure, inclusive of human resources.
k) The deaths of 24 persons being on account of non-availability of oxygen after 10.30 pm on 02-05-2021, gross negligence being apparent, it would be appropriate for the next of kin of the deceased to be granted a suitable amount as the court may deem fit, as compensation.
l) Records and the hard discs of CCTVs/DVRs may be ordered to be retained in the safe custody of the Chief Secretary, Government of Karnataka, for a further enquiry if deemed fit.