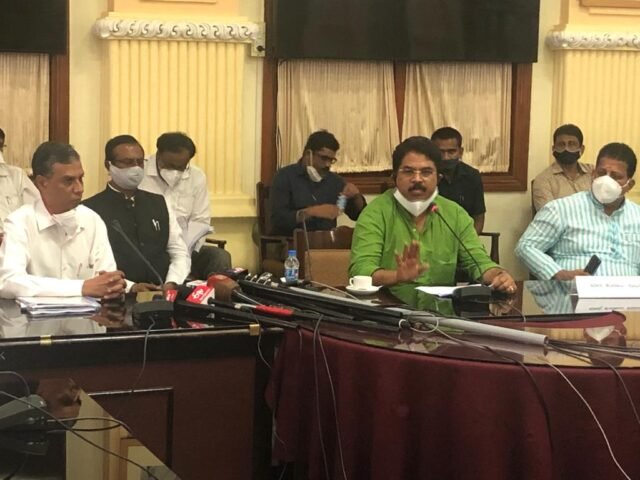 Karnataka Revenue Minister and Covid in-charge R Ashoka has hinted at tighter curbs after July 7 in the background of growing infections in the city and the state. Giving a clear indication that the government would move after the SSLC exams get over on July 4, the minister said, “For everything, I think you will have to wait till July 7 in the interest of the children.

Ashoka said he had visited Covid-designated hospitals in the city, including Victoria Hospital, and had told the staff to be prepared for a tough grind ahead for at least 6 months. The challenge now is to increase the number of dedicated Covid beds, he said.

On the change in case reporting protocol, Ashoka said private testing centres were directly informing patients when the tests came positive. But now the information will first be uploaded on the BBMP and ICMR portals, and the authorities will contact the patients. “This is to ensure that patients don’t panic and come to hospitals. Health staff at the ward level will check on the patients, and symptomatic cases will be sent to a designated hospital while asymptomatic cases will be sent to Covid Care Centres,” he said.

On doctors not visiting patients regularly and being difficult to identify in their PPE suits, Ashoka said, “We have given instructions for doctors and staff to wear stickers and to maintain a duty register.” Beds will be linked to patient numbers for easy identification, he added.

Pointing to the Covid-related fears of hospital support staff, the minister said he had discussed the issue of incentivizing the staff with the Chief Minister and the Chief Secretary.

Around 85 AYUSH doctors will be appointed on a contract basis in the BBMP limits and will work under the supervision of senior doctors, he said.

A phased meeting of BBMP corporators will be called on managing the sealed areas in their wards. NGOs will be asked to help with sealing activities and shifting of patients to hospitals, he said.

Karnataka CM to woo his flock with a dinner meeting!