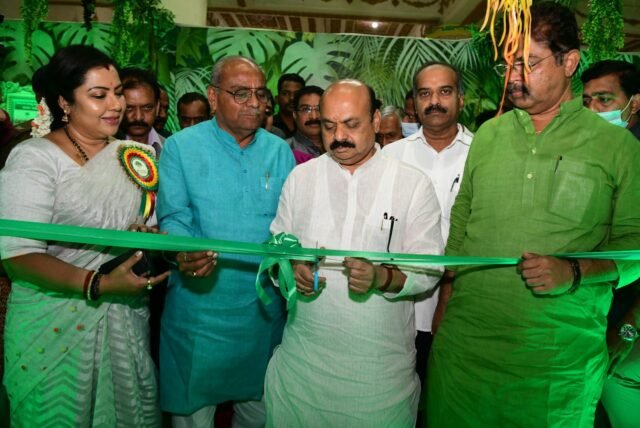 Karnataka Chief Minister Basavaraj Bommai on Saturday instructed the Forest Department officials from the rank of Principal Secretary to District Forest Officers (DFOs) to move out of their offices and stay in forests for 15 days in a month.

He also wanted the officials to work more vigorously to improve the forest cover in the state from the present 23 per cent to at least 30 per cent over the next five years.

The Chief Minister was speaking at an event to celebrate the golden jubilee of Karnataka State Forest Development Corporation Limited.

Advocating the need for change in objectives of the Forest Development Corporation, he said, there is no need to focus on profit making, the focus should be more on extending the forest cover.

”We need not grow eucalyptus for paper manufacturing. Stop planting eucalyptus and Acacia trees which are not conducive for our ecological balance. Think about planting alternative species of plants and trees,” he added.

Noting that for the first time in the country the state budget this year has an exclusive Ecological Budget segment which seeks to offset the environmental damage, the Chief Minister said about Rs 100 crore has been allocated for the Green Budget to take up initiatives that would offset the ecological damage on an annual basis.

Ecological balance could be maintained if the initiative is sustained for the years ahead, he said, adding that, ”the state government is ready to grant an additional Rs 100 crore if the allocated Rs 100 crore is utilised effectively.” Further, stating that a special scheme has been formulated to encourage farmers to cultivate sandal trees, Bommai said this should enable the farmers to boost their income, and asked the officials to simplify the regulations for sandal cultivation.

Stressing the importance of preserving the biodiversity in Western Ghats and increasing the green cover in the state, he instructed the officials to prepare a vision document on forest development for the next 50 years. PTI

Karnataka DyCM should understand history: Raut on his Mumbai remarks