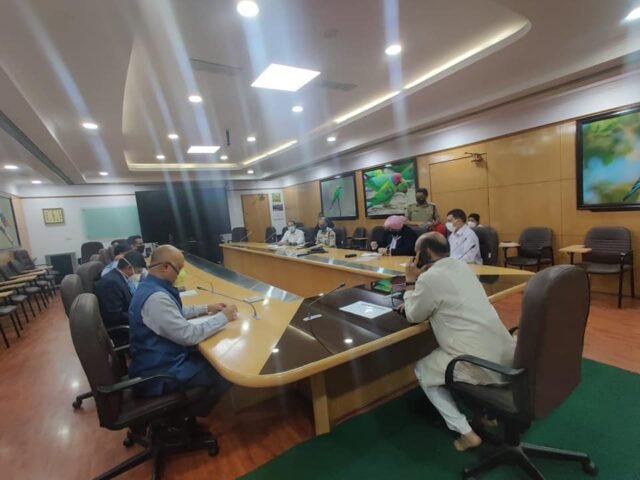 Chairing a meeting of senior police officials on the drug menace, he said foreign nationals involved in drug peddling or overstaying in the state would be arrested and the External Affairs Ministry would be asked to deport them to their respective countries.

Bommai’s remarks come in the backdrop of recent arrests and seizures of drugs in Bengaluru by sleuths of the Narcotics Control Bureau.

Referring to the inter-state borders at Anekal and Hoskote. the Home Minister said the SPs of the border districts would be directed to stop all smuggling of ganja from neighbouring states like Andhra Pradesh, Telangana and Goa.

In the case of Bengaluru, he said that since January, 1,438 cases have been registered and 1,798 people, including 25 foreigners, arrested. He noted that some foreign nationals are involved in the drug trade through the dark net.

“We have started a drive to share all information with the Ministry of External Affairs about overstaying foreigners,” he added.

Bommai said an anti-drug awareness campaign with the involvement of the police would be started in colleges when they reopen.

The Home Minister said four postal employees have been charged with drug-related offences and some foreigners, including a Canadian and a few Nigerians, have been arrested. The police have also busted some drug peddling rackets happening through the dark net, he said.

Mahendra Jain is now No 2 in Karnataka bureaucracy