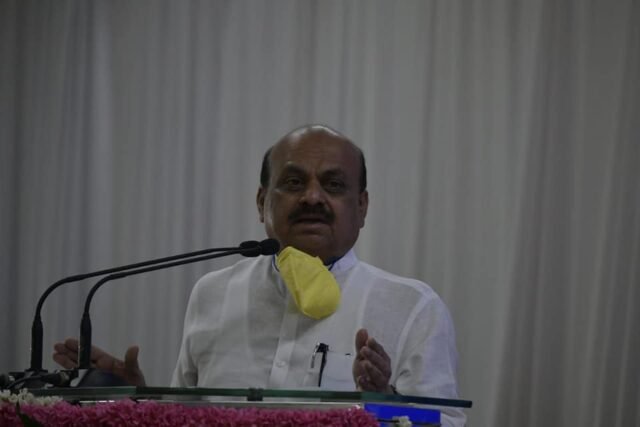 He was reacting to a speech by PFI General Secretary Anis Ahmed on “Popular Front Day” at Ullal near the coastal city of Mangaluru on Thursday, during which he hit out at the BJP government at the Centre and RSS.

Alleging that PFI would continue to be targeted while terming its arrested workers as “heroes”, Ahmed called on followers and Muslims to boycott those collecting money for Ram Mandir, like they did for NRC, as it was “RSS” Mandir and not that of Ram.”

“(He) has spoken against the country, against the nation, against the Constitution. It is an anti-national speech, hate speech, which is trying to create division among people of this country. Especially, he has talked about RSS, which is one of the most patriotic organisations in the country,” Bommai said.

Speaking to reporters here, he said the PFI leader had talked about the Ram Mandir, despite the Supreme Court giving permission for its construction. “…PFI has shown its true colours so many times…it is the most anti-national and irresponsible statement. I have asked the local police to take cognisance of the whole thing and take action,” the minister said.

Ahmed said none of those coming to the homes and shops asking for money for construction of the temple should be given anything. “….don’t give even a single paise…because this is not the mandir of Ram, it is the mandir of RSS. Not even a single brick will go into the Ram Mandir from Muslims’ money,” he said.

Stating that RSS was without any doubt India’s “real enemy”, Ahmed even termed it more dangerous than cancer and COVID. “RSS is such a virus for which there is no vaccine yet. We will get that vaccine and administer it at various places,” he said.

Noting that there was no Hindu-Muslim problemin India and the only one was that of RSS, the PFI leader called on the people to know who was from RSS in their district or Mandal. “…know who is from RSS in your district and Mandal,just try to know, just recognise…they are your real enemies,” he said.

Ahmed alleged that riots and attacks were taking place against Muslims in various parts of the country despite the Muslims “giving away” the Babri Masjid land for construction of the temple and hit out at the community’s intellectual leaders who had advocated giving it away and called them “bewakoofs (fools)”. PTI