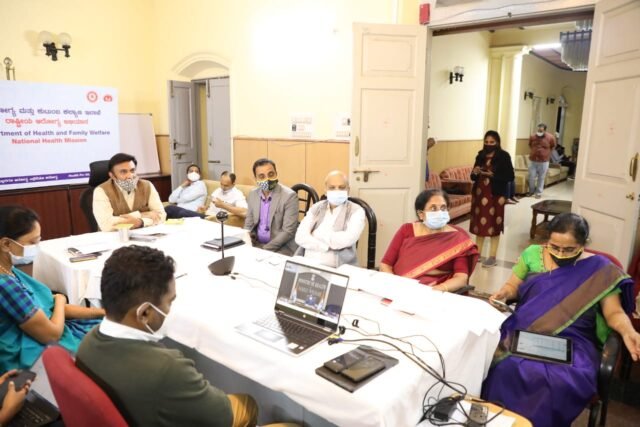 Around 62% of the designated recipients in Karnataka have been vaccinated against Covid-19, according to Health & Medical Education Minister Dr K Sudhakar. He was speaking to the media after a video conference with Union Health Minister Dr Harsh Vardhan on Saturday.

Giving a break-up, Sudhakar said 21,658 volunteers were earmarked for the first day’s vaccination, of whom 13,408 were successfully vaccinated. There were no serious side effects reported anywhere, except for some cases of swelling while injecting the vaccine, which commonly occurs, he said.

Vaccination will resume in government hospitals from Monday, while private hospitals will continue the drive on Sunday. The Minister said he would personally visit the vaccination spots to encourage people to get inoculated.

Kodagu district recorded the highest vaccination figures with 84%, Uttara Kannada was second with 80%, and Dakshina Kannada recorded the lowest with 34%, he said. The Minister urged people to come forward to take the vaccine.

BBMP recorded 65% with Bengaluru city at 53% on day one of the vaccination. The Mallasandra primary health centre recorded the lowest at 28%.

Karnataka has received 8 lakh doses of the vaccine and 7.43 people have been identified for the first phase of vaccination, Sudhakar said. “We have requested the Central government to provide an additional 8 lakh doses. People have understood Prime Minister Modi’s vision of vaccinating poura karmikas on priority, but opposition parties have not,” he said.

Our goal is to bring new mothers’ mortality rate to zero: Sudhakar