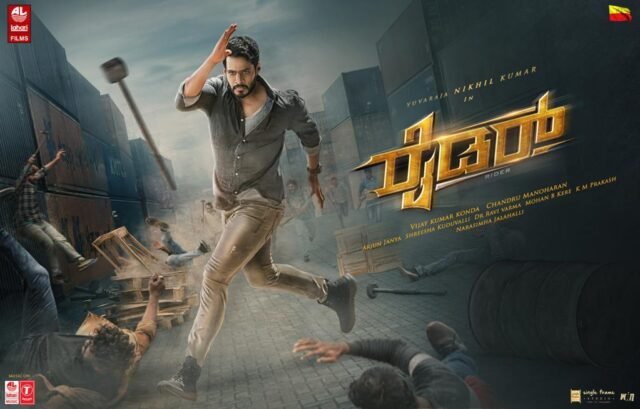 Actor has  made multilingual movies a ‘trademark’

Actor Nikhil Kumaraswamy has announced the title of his fourth movie, a multilingual titled ‘Rider’.  The movie is  being produced by Lahari company.

His debut film, ‘Jaguar’,made in Telugu and Kannada, launched him in both Sandalwood and Tollywood. Then he made ‘Sitarama Kalyana’ with director Harsha, followed by ‘Kurukshetra’. ‘Rider’ will be his fourth venture.

The poster for the film shows a rugged, sportsmanlike  Nikhil. Directed by Tollywood’s Vijay Kumar Konda, ‘Rider’ will be produced in Telugu and Kannada.

Since his debut, Nikhil has been associated with multilingual movies. ‘Kurukshetra’ appeared in multiple languages, as will ‘Rider’.

Kashmira Pradeshiya plays the heroine in the film. Supporting roles are essayed by Dattanna, Achyutkumar, Chikkanna, Shivraj KR Pete, Rajesh Nataranga and Shobharaj. Arjun Janya will be scoring the music for the film.

Karnataka records tsunami of 20,000-plus infections