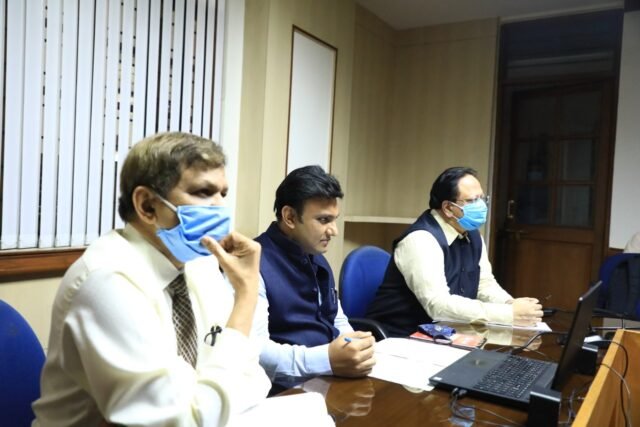 Elaborating on her state’s measures, Ms Shailaja said that soon after the first students returned from Wuhan in China, Kerala had put in place measures to prevent the spread of the virus. Kerala is equipped with strong health facilities at the taluk level, which has helped reduce the mortality rate in the state.

She noted that Kerala’s population is considerably less than that of Karnataka.  She said it was a challenge to tackle the number of returnees from other states and abroad, adding that many of the recent arrivals from Chennai have tested positive.

The Kerala minister was appreciative of Karnataka’s technology- and expert-based treatment system and commended the state for conducting more than 5,500 tests per day with 35 labs across the state, up from just two initially. Both ministers discussed the ICMR guidelines for the treatment of pregnant and elderly citizens and decided to seek the Centre’s guidance for uniform measures on such issues.

Issues like quarantine, testing and treatment of patients with respiratory ailments and cooperation of private medical colleges in the fight with Covid-19 were also discussed.