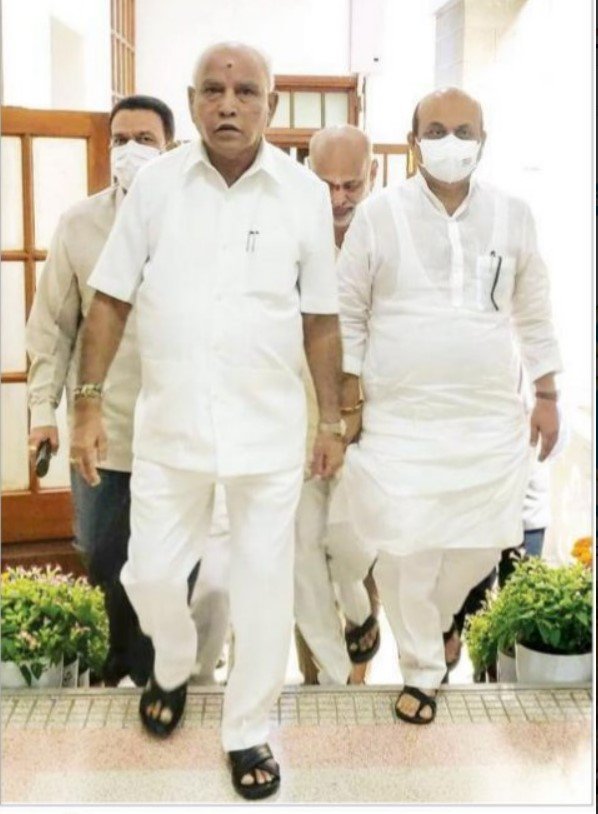 Former Karnataka Chief Minister BS Yediyurappa has thrown down the gauntlet at Congress leader Siddaramaiah, saying he will do whatever it takes to see that the former Congress Chief Minister remains on the opposition benches after the 2023 assembly elections.

Speaking to reporters after attending the opening day of the legislative assembly session on Monday, the Lingayant strongman said Chief Minister Basavaraj Bommai was doing a ‘good job’ and he (Yediyurappa) would give him his full support and cooperation.

Yediyurappa said he did not hanker for the CM’s chair and would be happy to work as an ordinary party MLA. “As a back-bencher, I will do everything to ensure that the opposition remains in the opposition,” he said. He said he would work for the party by travelling all over the state.

Coming back to Siddaramaiah, he said, “We will do everything to ensure that Siddaramaiah remains in the opposition, (even) in case he wins the next election” – a hint at the manner in which the current BJP government came to power in Karnataka.

The former CM was seen occupying a seat at the back of the treasury benches on Monday, the first day of the 10-day monsoon session of the state legislature. “I had requested the Speaker to allot me a seat next to the Chief Whip, and will participate in the proceedings from there,” he said.

The 78-year-old, who represents Shikaripura assembly constituency of Shivamogga district, had stepped down as CM on July 26 in what is widely seen as a diktat from the party’s Delhi brass.