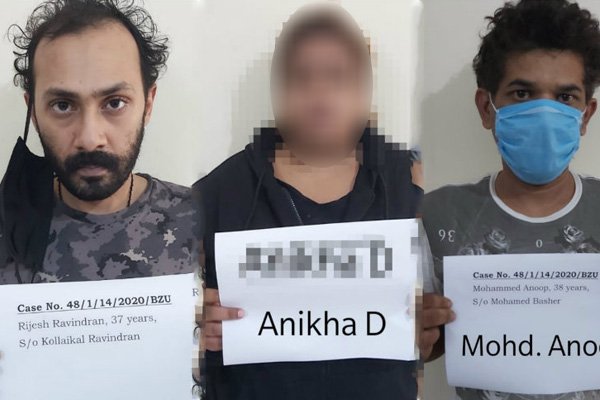 Following the arrest of the lady kingpin behind the drugs supplied to the Sandalwood fraternity,  the new buzzwords in town are the code names given by the mafia for different drugs.

Anika D, who was arrested by the NCB, has reportedly spilled the beans on this insider’s ‘dictionary’. For instance, the code name for Anika’s drugs is ‘B Money’, which is also her email ID and her social media account username. In her lexicon, pink MDMA and LSD are called ‘Red Bull’ and ‘Love Dose’.

Anika used social media apps like WhatsApp and Telegram to push her wares to clients, who comprised students as well as Sandalwood actors and directors.

Her assistants were Kochi-based Anoop and Chennai-based Rigesh Ravichandran. They would conceal the drugs in soft toys and courier them to clients. The narcotics would also be sent directly to clients and even to some people’s PO boxes.

Anika came to Bengaluru looking for a job and got acquainted with Andy Jumbo, a Nigerian. The duo became friends and later married.

Andy Jumbo, whose front was a clothes export business, is in jail for assaulting the local police.  In the meantime, Anika was introduced to Aminam Khan Mohamed with whom she continued to ply her trade.

According to the police, Anika has links with 18 peddlers from different corners of the city. One of her aides, Dugay Dunzo, is absconding.