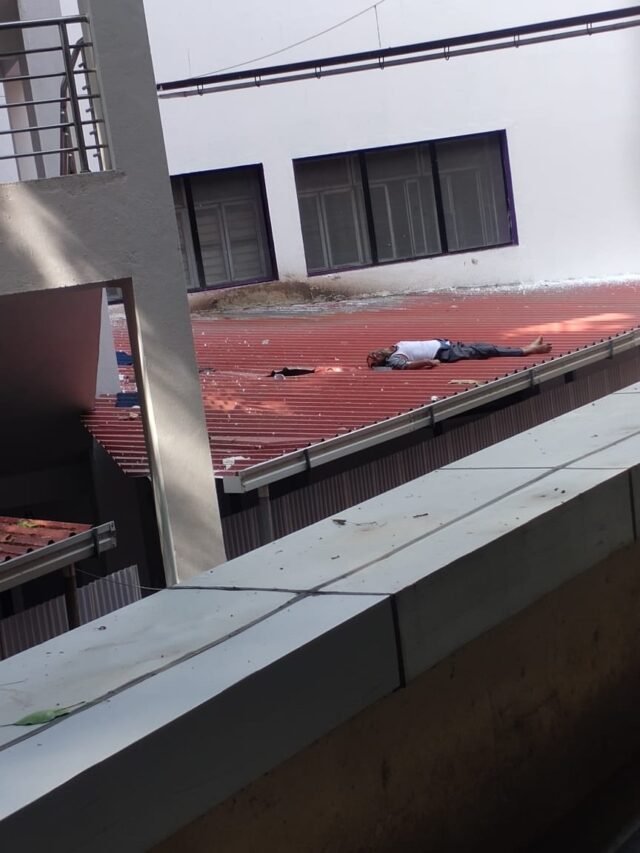 He had respiratory problems, but was not critical

In an incident that underlines the mental challenges confronting Covid-19 patients, a 50-year old man who had tested positive for the virus committed suicide by jumping from a building in Victoria Hospital on Monday. The incident occurred around 9 am.

The deceased has been identified as patient 466 and was a case of SARI from Bengaluru. The man jumped to his death from the third floor of the trauma centre at Victoria Hospital.

The hospital staff claim they heard a huge sound, and when they came out they found the body of the patient on the ground. The man had developed respiratory problems, but was not at a critical stage. The hospital doctors feel he may have been depressed over getting infected with the coronavirus.

According to the police report, patient 466 was unmarried and was staying with his brother and other family members in Tilak Nagar.

He was suffering from kidney-related issues and was undergoing treatment for it. He had idlis for breakfast and asked for more. When the staff went to bring him more idlis, he jumped from the emergency exit.

According to the health department, 2 cases each from Vijayapura, Bagalkote and Dakshina Kannada, and 1 case each from Bengaluru and Mandya were reported.