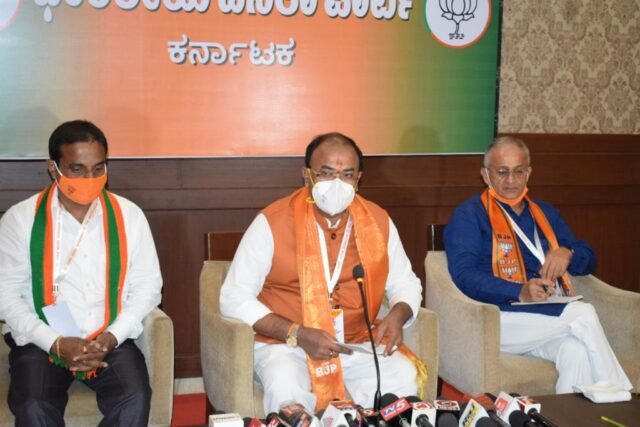 The state core committee of BJP, the top decision-making body of the party, in its meeting here on Thursday, resolved to recommend to the government, re-introduction of the Bill to ban cow slaughter and adopt a legislation to curb “love jihad”.

It also decided to recommend to its state president, the names of four aspirants, willing to contest the next month’s Rajya Sabha elections.

Briefing mediapersons after the meeting, vice-president of the party’s state unit Arvind Limbavali said the then BJP government, led by BS Yediyurappa, had introduced the Karnataka Prevention of Slaughter and Preservation of Cattle Bill 2010.

After the Congress came to power in 2013, it withdrew the Bill in 2014, before it could go to the President for assent, he added.

According to Mr Limbavali, the core committee discussed in detail cow slaughter issues and decided that the old avatar of the Bill should be reviewed by incorporating clauses for strengthening it. It should be reintroduced to make it a law.

He said the committee felt that a stringent law is need to prevent conversions through ‘love jihad’.

Referring to the coming election in the state to the single seat in Rajya Sabha, he said there are about 10-12 aspirants. The committee decided to shortlist four names and recommend the same to the state unit president for further recommendation to the central election committee.

”The state core committee can only make the recommendation. The selection of the candidate will be as per the decision of the central election committee of the party,” he added. (Agency)