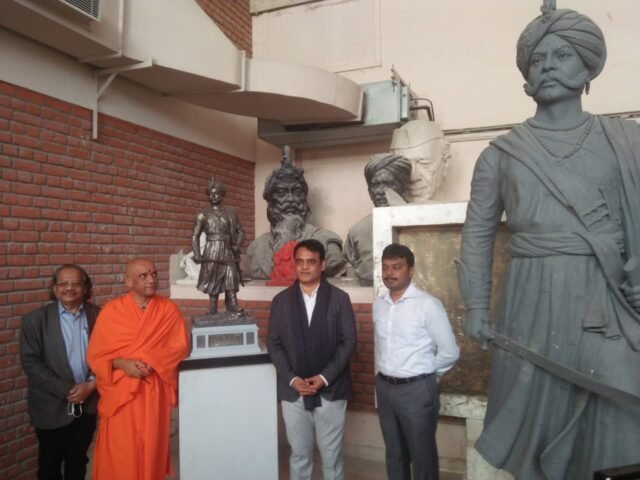 Karnataka Deputy Chief Minister C N Ashwathnarayan on Saturday said the 108-feet-tall bronze statue of Nadaprabhu Kempegowda, to be installed in front of Bengaluru international airport, is being made at Noida at an expense of about Rs 85 crore and will be ready by next year.

Renowned sculptor and Padma Bhushan awardee Ram Vanji Sutar is designing the statue at his Nodia studio. Sutar had built the ”Statue of Unity” in Gujarat and the statue of ”Gandhiji” in Bengaluru.

“Due to COVID-19, the work got delayed. The statue will be ready by next year. The expenses will be Rs 85 crore,” the Deputy CM told reporters after reviewing the progress of the statue here.

He said the foundation stone of the project was laid last year. The statue will be installed in a 23-acres heritage park that will come up at the Kempegowda International Airport in Bengaluru, he said.

Swami Nirmalanadanatha of Adichuchanagiri Mutt had also accompanied the minister.

Talking about the progress of the project, Sutar said, “Right now, we have finished the neck level of the statue, which is approximately about 80 feet high, using high density thermocol and CNC programme.”

After the thermocol statue is ready, the design molds will be taken using clay and plaster of Paris, he said, adding that two different models, including sand casting, will be followed while making the statue. PTI

Poor Brahmins can get caste, income certificates for govt benefits