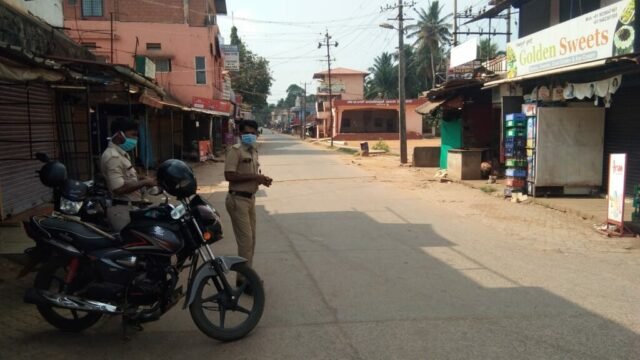 No entry allowed into Mangalore from Kerala

With the number of positive cases going up in Dakshina Kannada district and in neighbouring Kerala state, the district administration ordered a total lockdown on Saturday.

The lockdown decision was taken at a meeting of top officials with district in-charge Minister Kota Srinivas Poojary. Dakshina Kannada district has the second highest number of seven positive cases in the state after 39 in Bengaluru.

According to officials, around 12 checkposts between Mangalore and Kerala have been blocked and vehicles are not allowed inside the Karnataka border.

According to earlier reports, no essential services are being allowed in the entire district, apart from medical services.

Meanwhile, Kerala Chief Minister Pinarayi Vijayan expressed concern over the blocking of roads at different places along the border of Karnataka in Mangalore district as most of the residents of these border villages are dependent on Karnataka for various needs.

The Kerala CM has sought the intervention of the Prime Minister and hopes the issue will be resolved soon.

The Dakshina Kannada district administration is in a state of panic after 39 positive cases were reported from Kerala, of which 34 alone are from Kasargod district which is next to Mangalore district.

What happens when your carryon is over the limit

Chargesheet against don Pujari for assault of TV channel owner