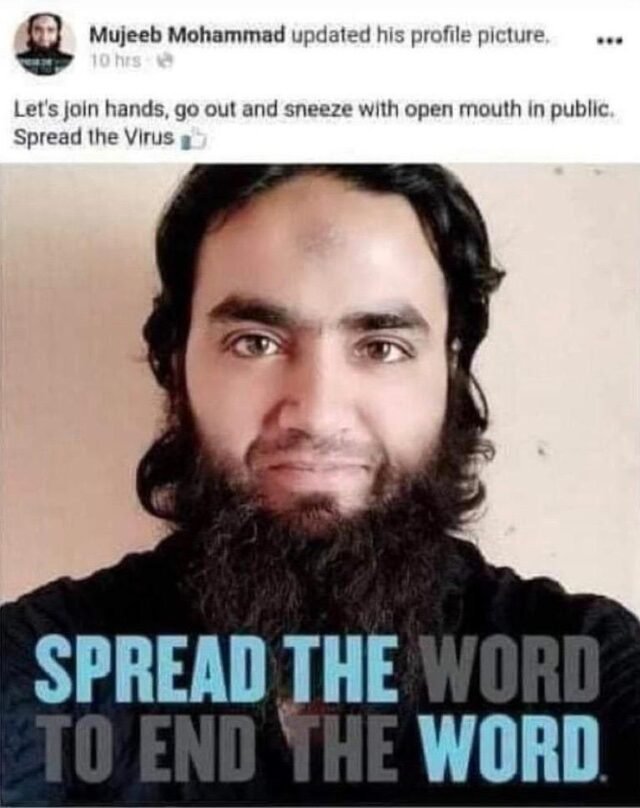 He had asked people to ‘spread’ the coronavirus

IT giant Infosys has sacked one of its employees for a malicious post asking people to ‘spread’ the novel coronavirus.

The Electronics City police had arrested Mujeeb Muhammad, a staffer with Infosys, after his Facebook post calling to ‘spread’ the virus went viral.

The company in two tweets on Friday night said it had terminated his services for not adhering to the company’s policy.

One tweet said: “Infosys has completed its investigation on the social media post by one of its employees and we believe that this is not a case of mistaken identity.”

The other tweet said: “Social media post by the employee is against Infosys’ code of conduct and its commitment to responsible social sharing. Infosys has a zero tolerance policy towards such acts and has accordingly terminated the services of the employee.”