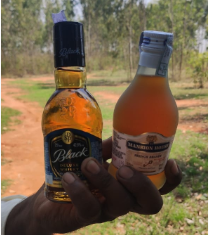 As liquor shops opened across the state in Monday, huge sales of Rs 45 crore were recorded in just 24 hours. The state has 3,500 CL-2 shops and 700 MSIL shops.

On Monday, even before shops could open,  huge queues were witnessed across the state. The shops were allowed to open from 9 am to 7 pm, and are to sell liquor strictly at MRP rates.

Excise Commissioner M Lokesh in a press release said: “There is already a lot of liquor inventory at KSBSL depots. Permission to run distilleries and breweries has been given  as well.”

As per the press release, apart from the compulsory precautionary measures, if complaints are received about violation of the MRP, such stores will be prosecuted and have their licence revoked.