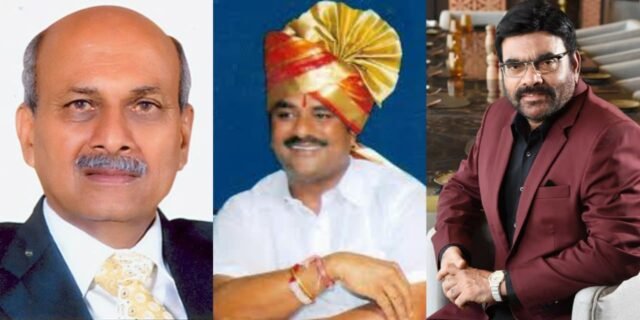 Ahead of polling for 4 Rajya Sabha seats to be filled from Karnataka, the BJP’s state core committee has recommended 3 names to the party high command — business tycoons  Prabhakar Kore, Ramesh Katti and Prakash Shetty.

The committee’s decision on Saturday was not made known even to party leaders but sources told thebengalurulive of the panel’s choice.

The core panel’s first choice of Prabhakar Kore and the second choice Ramesh Katti — both representing Belagavi district. The third choice is Prakash Shetty, whose name could be finalized if former Prime Minister HD Deve Gowda doesn’t decide to contest as joint candidate of the JDS and the Congress.

Sources in the BJP said Chief Minister BS Yediyurappa has promised a Rajya Sabha seat to Ramesh Katti, and also wants to resend  Kore to the RS.

Prakash Shetty,  owner of  Goldfinch Hotel in the city, was a surprise announcement during the meeting, but nobody opposed his candidature as he has wide contacts within the party at the state and national level.

“The BJP core committee has decided to recommend three names, but the state party unit is ready to abide by any decision taken by the national leaders in the interest of the party’d growth in South India,” said a BJP leader.

Apparently, as per  directions from Delhi, there was no briefing to the media. “There is a practice of briefing the media after state core committee meetings but this time the  leaders were asked to skip the briefing. Media professionals and even party leaders apart from core committee members were not allowed to enter the party office in Malleswaram,” said another BJP leader.

No nominations filed yet

Meanwhile, no nominations  have been filed by either the BJP, Congress or JDS for the Rajya Sabha vacancies.  The Congress has finalized it’s choice of  Mallikarjuna Kharge while the JDS is yet to decide on its candidate.

The last date of filing nominations is June 9, while candidates can withdraw their names on June 10. Scrutiny will be done on June 11. “We have decided to maintain social distancing and only four people will be allowed to accompany candidates during filing of nominations,” said MK Vishalakshi, secretary to the Karnataka Legislative Assembly, who is also the state electoral officer for the Rajya Sabha elections.