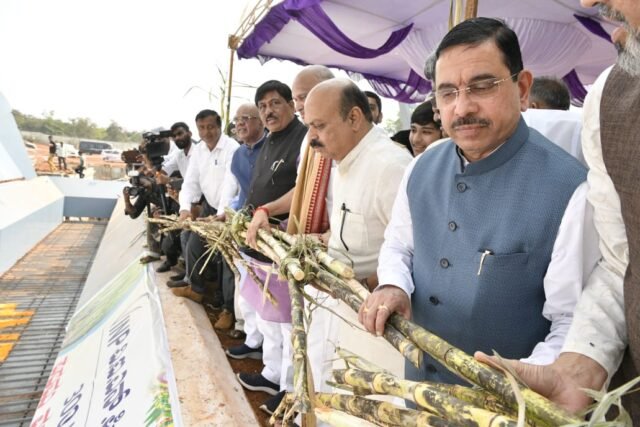 Around 10,000 delegates from India and abroad will attend the event that will deliberate over the energy production and policies, Bommai said.

He was speaking at the inauguration of 3,000 KLPD ethanol and sugar factory of a private company at Konanakeri village in Shiggaon Taluk of Haveri district, a government statement read.

The Government of India has decided to hold this event in Bengaluru which has the most number of Research and Development centres, the Chief Minister was quoted as saying.

He said the ethanol factories are in great demand and to establish them the government is giving the subsidy at six per cent interest and 95 per cent financial assistance.

Two ethanol factories are functioning in Sankur and Hirekerur in Haveri district and some more will come up. The government will give permission to start the factories as it will help in the betterment of farmers, create jobs for the local people and generate revenue for the government. ”The Bio-fuel will be in great demand in the next 50 years. Economy, environment and energy are interwoven and economic prosperity could be seen by maintaining a balance among these three factors,” the Chief Minister said. PTI