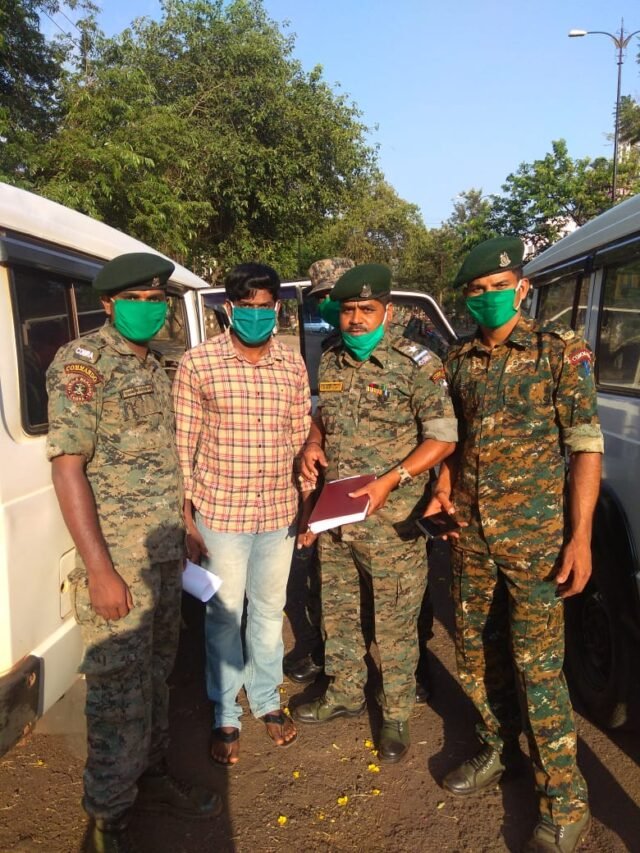 Pic of him in chains and handcuffs created a furore

The CRPF soldier, whose arrest and alleged mistreatment by the Belagavi police created a furore, was released on bail on Tuesday. The 1st JMFC court in Belagavi’s Chikkodi granted bail to Sachin Sawant, who was arrested on April 23.

The local Sadalga police had filed a case against Sawant under sections 353,323 and 504 of the Indian Penal Code and section 3 of the Epidemic Diseases Act,1987. He was accused of assaulting on-duty policemen.

A video which went viral showed Sawant washing his bike when a police team reached the spot and allegedly beat him for not wearing a mask during the lockdown. They allegedly manhandled him before his family members and paraded him to the police station barefoot, where he was kept in chains and handcuffs.

Taking objection to the ‘ill treatment’ meted out to the soldier, CRPF ADGP Sanjay Arora wrote a letter to the Karnataka police demanding an investigation, and also said that the ‘unpleasant’ situation could have been avoided if the Karnataka police had taken the CRPF higher-ups into confidence before making the arrest.

Meanwhile, Karnataka DGP Praveen Sood has ordered a probe into the incident.

Did TV9 benefit from TRP scam?