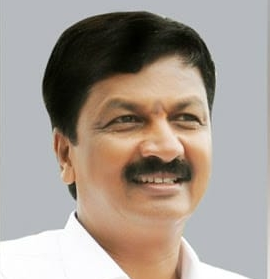 Karnataka Water Resources Minister Ramesh Jarkiholi has condemned the Belagavi police’s arrest of  a CRPF jawan for allegedly not wearing a mask.

On Monday, Sachin Savant, a COBRA commando, was allegedly beaten by cops after an altercation over his not wearing a mask. He was later arrested and made to sit handcuffed on him on the floor of the police station.

Jarkiholi said the paramilitary soldier of Chikkodi in Belagavi district  was washing his vehicle in front of his house. Arresting him because he was not wearing a mask was not acceptable.  An innocent soldier being tortured and arrested is an insult to all uniformed soldiers, he added.

The minister said, “I urge the Chief Minister and the Home Minister to immediately release the detained paramilitary soldier, and to investigate the matter and discipline the guilty police personnel.”

Another 144-case surge in Bengaluru