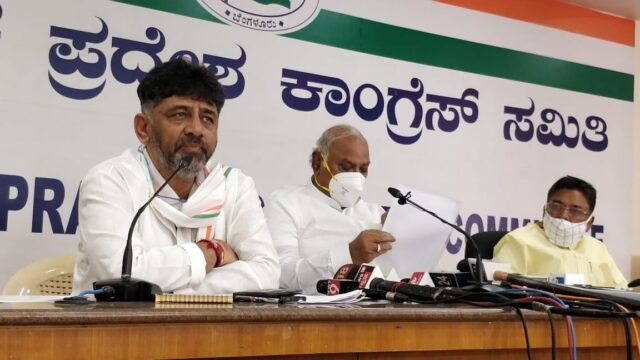 Noting that the revised guidelines of the Centre and the Karnataka government had put paid to the ‘Pratigna’ oath-taking event to mark his appointment as state Congress president,  D K Shivakumar said the June 7 event had been postponed.  He was addressing a presser on Monday at the KPCC office on Queen’s Road.

“We had planned a simple programme with about 150 persons attending in Bengaluru,” he said, adding that it was to be held in 7,800 places across the state simultaneously,  starting with ‘Vande Mataram’ and the reading of the preamble to the Constitution. It was to be televised nationwide and streamed via the Zoom app.

“If we go ahead without the permission of the government, we will be breaking the law. In addition, you will have trouble with the local authorities,” Shivakumar said, and added that he would announce the new date after getting the government’s nod.

Notice to Speaker on PAC