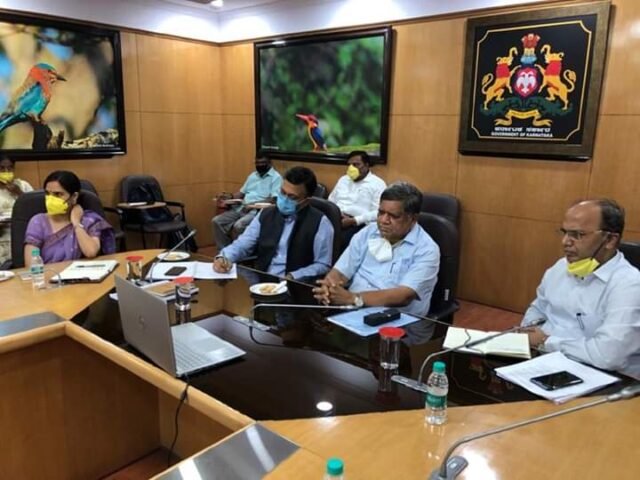 On Tuesday, the minister touched on this aspect again during a video conference with high-profile industrialists like Nandan Nilekani, Non-Executive Chairman of Infosys, Biocon Chairperson Kiran Mazumdar-Shaw and CEO of Infosys Kris Gopalakrishnan.

Nilekani, Mazumdar-Shaw and Gopalakrishnan praised the state government’s efforts in containing the coronavirus.  They offered suggestions on easing land acquisition rules and procedures for opening new factories in the state.

Following the pandemic, several international companies are considering moving their manufacturing plants out of China. The minister suggested that a list of 100 such companies be prepared and discussions held with their CEOS.

Appreciating the suggestions made by the industrialists, Shetar said a new industrial policy would be framed, with a focus on MSMEs.

Courts in Karnataka to reopen on June 1