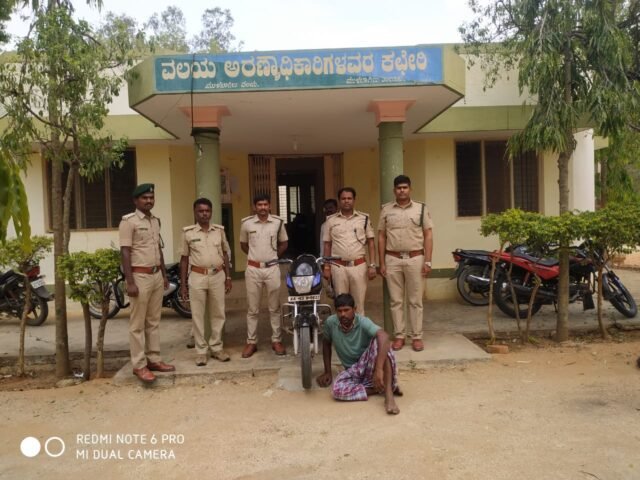 Resumption of liquor sales in Karnataka has opened the floodgates for some bizarre acts by tipplers. In one such incident in Kolar, a biker ran over a poisonous snake and then coolly wrapped it around his neck. The man, Kumar (38) of Mustur village in Mulbagal, was returning home after buying some bottles of booze from a wine shop when the incident happened.

On Tuesday, a video went viral of the man biting the snake, which was reportedly a viper.  Apparently, he told shocked onlookers that “nothing will happen to me”.  In the video, the apparently drunk man was heard shouting at the snake, “How dare you block my path.”

By the time the police arrived on the scene, the reptile had died. Mulbagal forest officials have arrested Kumar. The Range Forest Officer is looking into the incident. Case is booked under the Wildlife Protection Act and accused has been sent to judicial custody.

Corona alarm: Minister urges Bengalureans to step out only if absolutely necessary