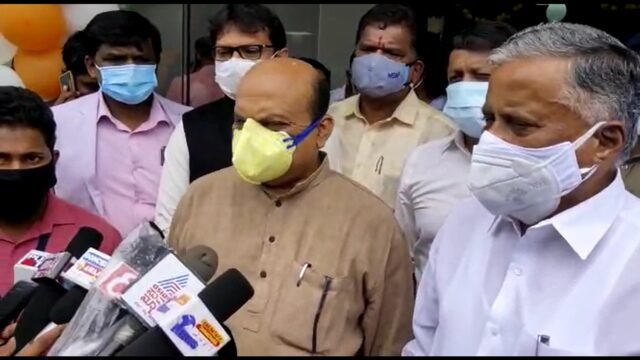 Karnataka Home Minister Basavaraj Bommai on Thursday indicated that police and the Home Department will go for stricter implementation of lockdown measures, like seizure of vehicles, in the days to come, by making them more effective, as the state battles second wave of COVID-19.

The Minister’s statement comes, as the government is likely to take a decision on extending the lockdown in the state, in a couple of days.

Speaking to reporters here, he said, in the coming days the measures taken by the police or home department like seizures of vehicles of those indulging in unnecessary movement among others, will be made more effectively.

“…for instance in Yadgir there are reports about five people going on a motorcycle to attend a marriage, what should we say, so people will have to cooperate with the police to make the lockdown successful,” he added.

Responding to a question on extending the lockdown, Bommai said the Chief Minister has said that a decision on this will be announced on May 23.

The Karnataka government had initially announced 14 days “close down” from April 27, but subsequently imposed a complete lockdown from May 10 to May 24, as the COVID cases continued to spike.

With the current lockdown ending early next week, several leaders, including ministers, have expressed themselves in favour of extending it, to control the spread of COVID.

Noting that the Chief Minister has announced the financial package, within the financial limitations, Bommai said, he has also said that if anything needs to be done in the future, it will be considered.

Chief Minister B S Yediyurappa on Wednesday had announced a over Rs 1,250 crore financial package, to provide relief for those whose livelihoods have been affected by COVID-19 induced lockdown.

Opposition parties Congress and JD(S) have termed the package as unscientific and meagre.