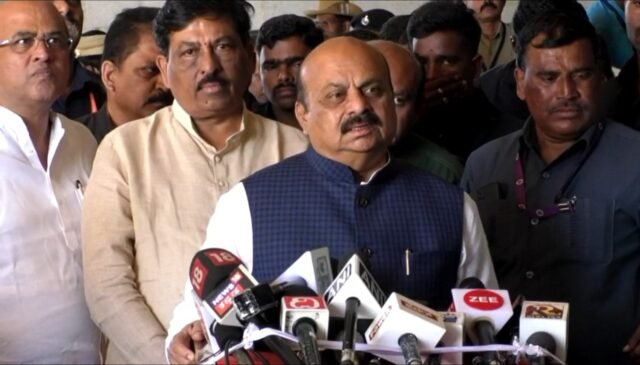 Karnataka Chief Minister Basavaraj Bommai is likely to travel to the national capital to meet the party’s high command on Monday. Bommai’s visit to Delhi has come amid a tussle and rift in the Karnataka Bharatiya Janata Party (BJP) after KS Eshwarappa and Ramesh Jarkiholi skipped the winter session at Vidhan Soudha in Belagavi and attacked the state leadership on Tuesday.

As per the Chief Minister, the cabinet reshuffle is likely to happen in Karnataka. Addressing the media persons during a press conference in Belagavi, Bommai said that he has provided details about the expansion of the Karnataka cabinet to Eshwarappa and Jarkiholi.

“I have met Eshwarappa and Jarkiholi about the expansion and gave them detail. This expansion issue has been discussed with them and I have already conveyed the same to the high command earlier. I will visit Delhi soon,” CM Bommai said in the press conference. The absence of Eshwarappa and Jarkiholi had initially raised speculations about internal conflict, CM Bommai had said on Tuesday clarified that it was not a boycott.

“It’s not a boycott. After (KS Eshwarappa) got clean chit (in contractor death case), I discussed with high command (regarding his inclusion in cabinet). I will speak to them personally,” CM Bommai had said. Eshwarappa had exuded confidence that he will come out clean in the investigation of the contractor death case.

“I will come out clean. I have said this earlier too. The Investigation is going on. Earlier, I had asked our seniors to take my resignation but they had asked me to wait. Now I do not want to embarrass my seniors and have given my resignation to the Chief Minister,” Eshwarappa had said after tendering his resignation from the party in April over the alleged suicide of contractor Santosh Patil who had accused the minister of corruption. Deceased contractor Santosh Patil had accused the Minister Eshwarappa of corruption. He was found dead in a lodge in Udupi early this year.

Karnataka is slated to go to Assembly polls next year. On being asked about the early elections in the state, CM Bommai exuded confidence of completing the tenure and said that he has not spoken to anybody regarding it.

“I have not spoken to anyone related to the early election. I am sure that we will finish our term. The election does not come if anybody claims so,” he said in the press conference. (ANI)