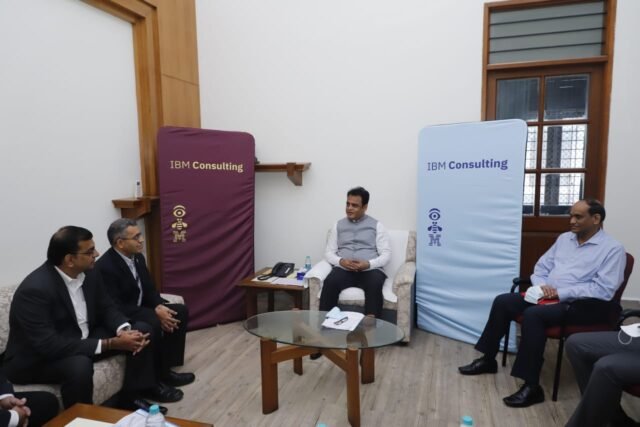 Dr Narayan, who inaugurated the centre virtually from Vidhana Soudha in Bengaluru, said the US I-T major would start a full-fledged campus in Mysuru in two months. He expressed confidence that the CIC would support economic growth in tier 2 and 3 regions of the state by providing comprehensive hybrid cloud and AI technology consulting capabilities.

“KDEM’s spoke-shore approach will converge on setting aspirational goals for GCCs and creating employment opportunities for 10 lakh (direct and indirect) candidates by 2026. The ‘Beyond Bengaluru’ initiative aims to attract and host 5,000 IT companies and start-ups by 2026 in the Mysuru, Hubbali and Mangaluru clusters,” the Minister said.

The Minister hoped the partnership between KDEM (Karnataka Digital Economy Mission) and IBM in launching a CIC in Mysuru would strengthen the IT industry ecosystem in the region and propel Karnataka into becoming a frontrunner for digital services and technologies the world over.

Amit Sharma, Managing Partner, Worldwide Global Delivery, IBM, said the CIC would play a key role in the digital transformation of the IT ecosystem throughout the city and create new employment opportunities to foster the next wave of technology innovation. He added that the investment would expand the company’s skillsets in AI, intelligent workflows, application modernisation/management and hybrid cloud.

16 lakh frontline workers in Karnataka to get COVID vaccine in first phase: CM