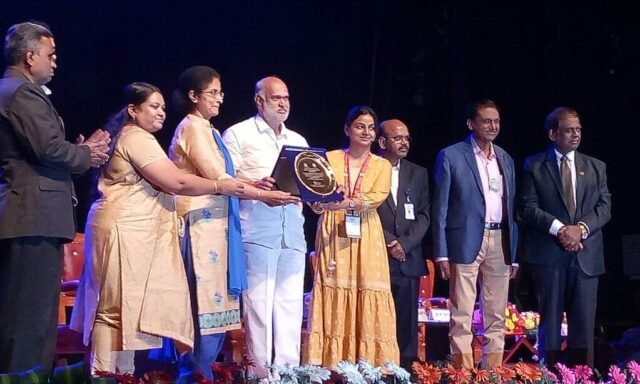 Blue collar workers are the unsung heroes who face tough situations every day. On the eve of 49th National Safety Day, a function to felicitate the ‘heroes’ in the labour department and the best Industries in the field of safety and health was held.

Speaking on the occasion, Minister for Labour and Sugar Shivaram Hebbar said the programme was organized to raise public awareness on the safety and health of the general public, workers and stakeholders, and that the awards are presented at the national, state and district level to encourage the working class.

“There is no organisation without employers. If the owner works 18 hours, the worker will work 8 hours. They should look out for each other with respect,” said Hebbar.

Many industrialists, workers and officials were present at the function.

Awards were given for safety and health in the field of outstanding achievements made by the best factories and workers (huge, large, medium and minor, as well as the construction sector), the best security officials, the best clinicians and safety practices followed, and the best management in the boilers.

The National Safety Council was established by the Central government on March 4, 1966, with the aim of fostering safety and health at the national level. The day is celebrated as National Safety Day throughout the country.

Employers of Central and state governments, industrial sectors, workers, implementing authorities and labour organizations are eligible for the award.