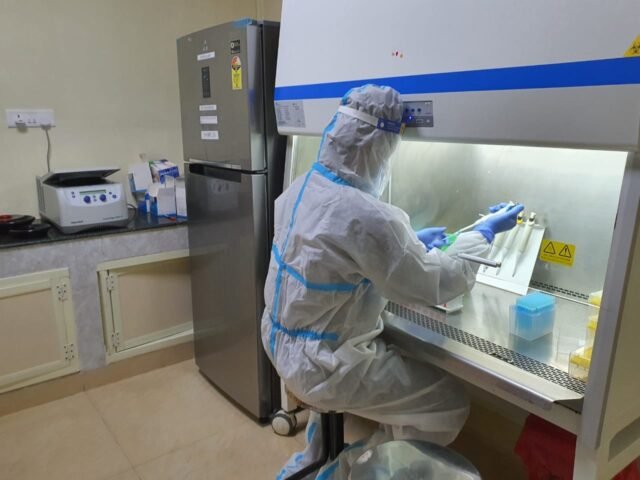 All admitted in Chamarajnagar district hospital; speculation is whether they were asymptomatic prior to vaccination

In a worrying development which has shaken the state health department, 5 doctors working in the Chamarajanagar district hospital have tested positive for Covid-19 even after they were vaccinated against the infection on January 18.

All 5 doctors, of whom 2 were engaged in clinical work, have been admitted in the local district hospital. All of them had been vaccinated — 2 with Covishield and 3 with Covaxin — on January 18. They reportedly developed sympoms of the infection later and on getting tested at the hospital were found Covid-positive on January 25, 26, 27 and 28.

Speaking to TheBengaluruLive, Chamarajanagar district health officer Dr Ravi confirmed the development and said that all 5 doctors had been admitted in the district hospital and were being closely monitored.

Replying to a query, Dr Ravi said the doctors might have come in contact with Covid-19 earlier but might have been asymptomatic and hence were not aware of being infected. “There are chances that they would have got a mild infection after the vaccination and after getting tested they were shown to be Covid-positive. But we cannot say that they tested positive after taking the vaccination,” he said, adding that individual reactions to vaccination can vary.

Meanwhile, Health Minister Dr K Sudhakar tweeted on Saturday that there are chances of people getting infected despite vaccination as it needs to complete the entire dosage cycle.

In another tweet, he maintained, “Both Covishield and Covaxin vaccines are completely safe and can be taken by the public without any hesitation. Again I appeal (to people) not to heed any false rumours about the corona vaccine.”