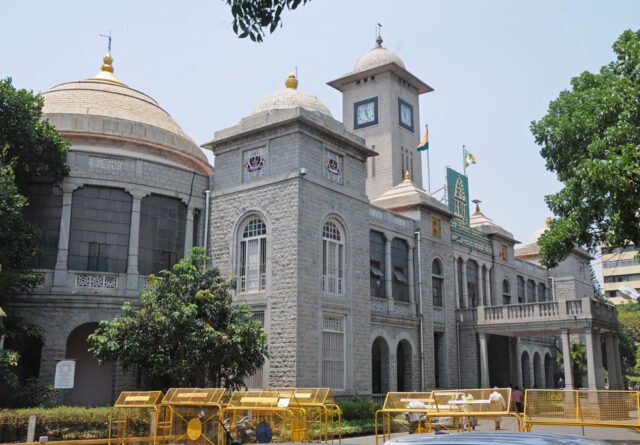 To start with, as our headlines indicate, TheBengaluruLive is coming directly to the point by saying that all three political parties – the ruling BJP and the opposition Congress and JDS — are on the same page in seeking to postpone the elections to be held for BBMP — the civic agency administering Bengaluru — even as the state government has formed a ward delimitation committee to fix the boundaries of the newly proposed 243 wards.

Even as the next hearing in the matter in the Supreme Court is scheduled for February 5, the state government has fixed a six-month deadline for delimitation of Bengaluru wards, implying that the civic elections are six months away. The task before the ward delimitation committee is to fix the boundaries of the newly announced 243 wards, up from the earlier 198 wards.

The Congress party’s former corporators M Shivaraju and Abdul Wajid had taken up the issue in the Karnataka High Court, which had directed the state government to hold elections within two months. Subsequently, the BJP government challenged the HC order in the Supreme Court, which stayed the HC order and fixed the next date for the hearing on February 5, nearly a week from now.

Meanwhile, it is being said that the top brass in the Congress party have directed former party corporators to not pursue the case ‘very seriously’ in the Supreme Court. Though on the face of it, the Congress continues with its demand for early elections when it comes to speaking to the media, both the Congress and the JDS want the elections postponed.

The January 29 order by the state government, directing the BBMP Commissioner to submit a delimitation report within six months, is a clear indication that the government will be pursuing the same line of argument before the Supreme Court on February 5.

The government will inform the apex court that the new BBMP Act came into force from January 11, 2021. However, the Act can come into force only after the rules are framed, and the BBMP Commissioner has also been tasked with framing the relevant rules.

Highly placed sources said, “Corporators in Bengaluru do play a very vital role when it comes to assembly elections, as they are the only source directly in contact with every resident of the ward, whereas MLAs do not interfere in day-to-day civic activities. But the MLAs in their absence can play a vital role in BBMP, which has a budget in excess of Rs 10,000 crore.”

It is also said that following a ‘directive’ from the state Congress chief and former minister from Bengaluru who play a vital role in BBMP politics, the former corporators who have challenged the election issue in the Supreme Court are in a ‘setback’ mode.

The state government had appointed an administrator for BBMP on September 10. Going by the new Act, the civic elections should be held within six months of appointing the Administrator, whose tenure of six months comes to an end on March 10. But the government has made up its mind to postpone elections further with its latest directive on delimitation of BBMP wards.

What to expect once you land at Bengaluru Airport