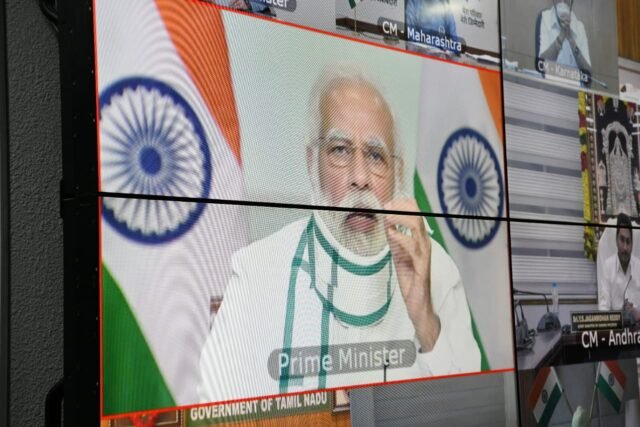 As part of his video conference on Wednesday with various Chief Ministers on the Covid-related status in their states, Prime Minister Narendra Modi urged Karnataka Chief Minister BS Yediyurappa to focus on nine districts where the highest number of Covid deaths have been reported.

(According to the latest data by the Karnataka Health Department, the 9 worst-affected districts in terms of fatalities are: Bengaluru Urban with 2,738 deaths, Mysuru 715, Dakshina Kannada 492, Dharwad 466, Ballari 418, Belagavi 272, Kalaburagi 262, Hassan 257 and Shivamogga 250.)

Discussion with CMs on the COVID-19 situation. https://t.co/pKY8n2MeYN

Among the Centre’s other suggestions to Karnataka were:

The PM’s advice to Yediyurappa came during his discussions with the Chief Ministers of Maharashtra, Karnataka, Tamil Nadu, Andhra Pradesh, New Delhi, Uttar Pradesh and Punjab – states which have a higher number of Covid cases than the national average.

For his part, Yediyurappa informed the PM that testing and infrastructure had been beefed up in the state, including 136 testing laboratories, 70,000 tests per day and 43 lakh tests undertaken so far.

The CM said the number of ambulances had been increased from 800 to 2,000, contacts were being traced within 48 hours, and the state’s fatality rate in the last week was just 1.3 per cent. The CM said the state had enough supplies of crucial medicines like Remdesivir.

The CM requested the PM that the Department of Industrial Policy and Promotion be advised to incentivize oxygen manufacturers since the demand for oxygen for Covid cases was rising drastically.

As Bengaluru ‘unlocks’, BBMP chief appeals to people to be Covid-vigilant

Hope in the air: Bengaluru’s Covid positivity rate stands at 3.23%

When will Bengaluru be pothole-free: HC