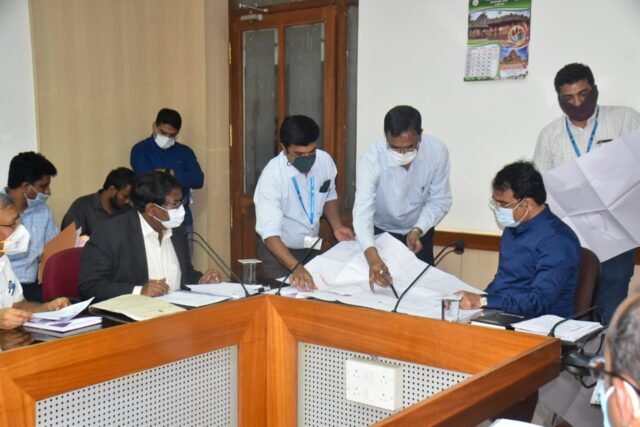 BBMP engineers have been instructed to speed up the work

Nearly a decade after the controversial Sankey Tank Road widening project came under the lens of the High Court and was put on the back-burner, it is seeing the light of day again.

The project was proposed during the earlier BJP regime when BS Yediyurappa was, as now, Chief Minister and current Deputy Chief Minister Ashwath Narayan was, as now, the MLA for Malleswaram. Dr Narayan reviewed the project on Friday at his office in Vidhana Soudha and gave the nod for its execution.

As per the current plan, the road between Malleswaram 18th Cross and Bhashyam Circle in Sadashivanagar, spanning about 1.2 km, will be widened. The existing stretch of the road is about 16.5 metres wide. The BBMP wants to widen it to 27 metres uniformly from Yeshwantpur Circle to Malleswaram 18th Cross, and then widen the road till Bhashyam Circle along the Sankey Tank lake bund, said an officer who wished not to be quoted.

“It is necessary to undertake widening of the Sankey Tank Road as the matter in the HC has been disposed of. The stretch from Bhashyam Circle to Sankey Tank is choked during peak hour traffic,” the DCM said, and asked the officials concerned to speed up the work.

Narayan held a detailed discussion with BBMP Commissioner N Manjunatha Prasad and his team of engineers from the Road Infrastructure wing and the Projects division, and pointed out that the local residents have been demanding the road widening since long.

2 houses to be acquired

The Minister said two houses would have to be acquired for the road widening, and BBMP engineers would have to undertake construction of a retaining wall.

History of the project

Widening of the road was recommended first in 1984 by the then government, but it was opposed then and successive governments did not take it up. In 2011, the then BJP government had shortlisted 5 contractors for the project.

The 2011 plan involved a stretch of 2.6 km from Yeshwanthpur Circle to Bhashyam Circle at a cost of Rs 33.2 crore. Seventeen trees were axed in the tank bund area, which triggered protests from the locals led by some activists. The same activists had unsuccessfully contested the BBMP elections in 2015 against the BJP candidates.

In 2019, the project was once again reviewed by DCM and Malleswaram MLA Ashwath Narayan.