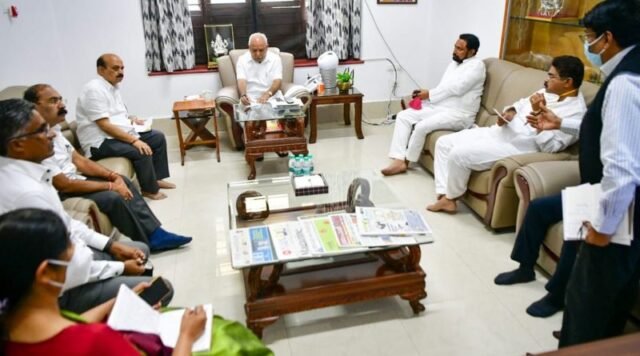 BSY alleges they are being misled by farmers’ leader Kodihalli Chandrashekhar

Appealing to KSRTC staff to call off their strike, Chief Minister BS Yediyurappa said a sincere effort was made to resolve their problems at Sunday’s meeting convened by Deputy Chief Minister Laxman Savadi and Home Minister Basavaraj Bommai.

Except for the demand to consider KSRTC staff government employees, other demands on salary issues, Rs 30 lakh ex-gratia to employees who died of Covid-19, and action to prevent harassment by senior officials had been accepted, said a release from the CM’s office.

Though the staff representatives had agreed on these points at the meeting and said they would make an announcement at Freedom Park, they were being misled by farmers’ union leader Kodihalli Chandrashekhar, the CM alleged.

The CM expressed concern over the inconvenience caused to the public from the strike.