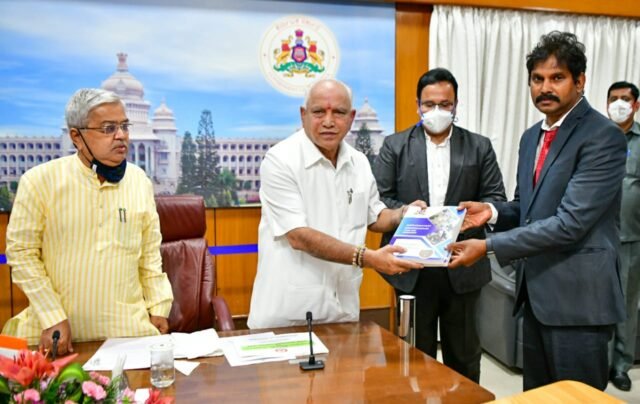 Karnataka Chief Minister B S Yediyurappa on Sunday said the state has estimated the loss due to recent floods at Rs 15,410 crore, as he requested the Centre for assistance to take up relief work and repair of damaged infrastructure.

He made the plea during a discussion with the Inter- Ministerial Central Team (IMCT), led by Union Home Ministry Joint Secretary Ramesh Kumar Ganta, that has been deputed to Karnataka to make a first hand assessment of damage and loss caused by the floods in three spells since August.

“In view of the estimated huge loss of Rs 15,410 Crores, I urge the IMCT to recommend release of central assistance to enable us to provide relief to the affected people and to take up repair of damaged infrastructure,” Yediyurappa was quoted as saying by his office in a release.

He thanked Prime Minister Narendra Modi for personally reviewing the flood situation twice through video-conference and Home Minister Amit Shah for having released Rs 577.84 crore from the National Disaster Relief Fund (NDRF) for flood relief and also for deputing a second IMCT to the state.

After the August floods, the state experienced two more spells of very heavy to extremely heavy rainfall events during the second fortnight of September and mid October. This was accompanied by very high discharges from reservoirs in Maharashtra to downstream Karnataka and this was probably the first time the state faced floods in Krishna and Bhima basins in a single year.

Despite severe financial constraints, Rs 1,320.48 crore has been committed for flood relief, repair and reconstruction, he said, listing the assistance given for various affected categories.

The IMCT over the next two days will be travelling to flood affected areas in Kalaburagi, Vijayapura and Udupi districts, official sources said. PTI

All Of Karnataka In Lock-down