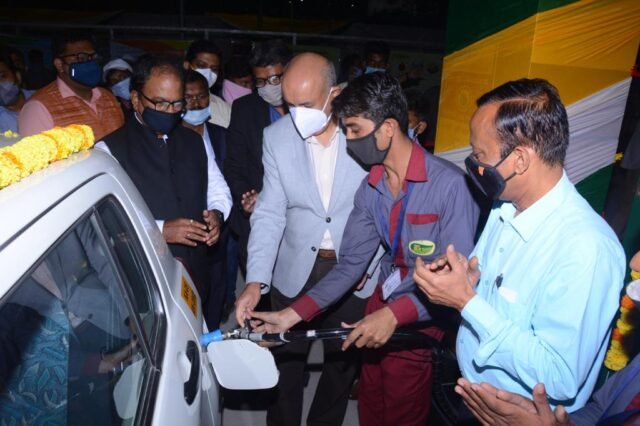 GAIL Gas on Saturday commenced operations at its sixth company-owned CNG outlet situated in the ITI ‘B’ area at KR Puram.

The new CNG retail outlet is the 22nd station of the GAIL Gas network in Bengaluru. The CNG station has the capacity to refuel CNG in around 7,200 autos, cars and LCVs, and around 200 heavy duty vehicles like buses in a day. It will be operational round the clock to facilitate the availability of green fuel for city dwellers.

35 more in next fiscal

In addition, 16 more CNG stations will commence commercial operations by January 2021. GAIL Gas has ambitious plans of adding a further 35 CNG stations in the coming financial year which will take the total number of CNG stations in the city to 73. With this, Bengaluru will join the big league of CNG-driven cities such as Delhi, Mumbai, Pune, Hyderabad, Indore and Agra.

CNG is a new-age fuel which scores high as much on its green credentials as for its affordability. On the pollution front, CNG is the most benign of fossil fuels with the least carbon footprint of all. CO2 emissions are lower in CNG by about 27%, CO emissions by about 84%, NOx emissions by about 58% and Particulate Matter(PM) emissions by about 97%. While CO2, CO and NOx adversely impact the environment, PM emissions are one of the leading causes of air pollution-related illnesses in big cities such as Bengaluru.

GAIL Gas Limited, a wholly owned subsidiary of GAIL (India) Limited (a Maharatna PSU), was authorized by the Petroleum and Natural Gas Regulatory Board (PNGRB) to implement its City Gas Distribution Project in Bengaluru Urban and Rural districts in 2015.