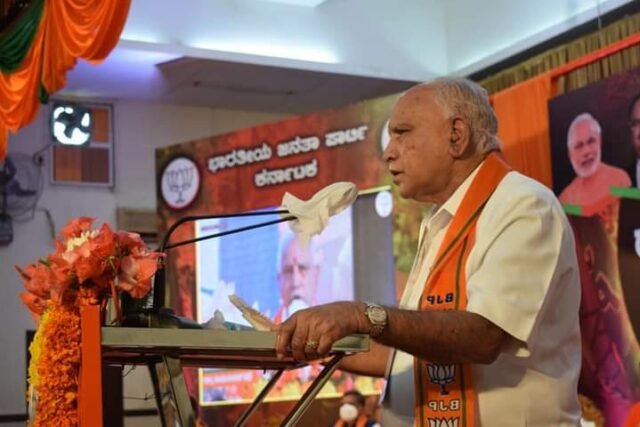 Chief Minister B S Yediyurappa on Thursday expressed optimism on winning at leat 150 seats in next Assembly elections, saying the Bharatiya Janata Party is growing steadily in the state.

“This however doesn’t mean party workers can take elections lightly; they have to work hard for every election, be it gram panchayat or the Lok Sabha,” he stated while inaugurating BJP’s State Executive meeting in Mangaluru.

While 18 MLAs from the erstwhile coalition authorities had been liable for the formation of the current BJP authorities, the party additionally gained foothold in territories the place it was not sturdy, together with Chikkaballapur and Mandya, with their help, Yediyurappa said.

The occasion thus has been rising sturdy in the State. In the RR Nagar and Sira by-elections, the occasion would win by at least 40,000 and 20,000 vote margins respectively, he added.

Quarantine for 992 train passengers from Delhi