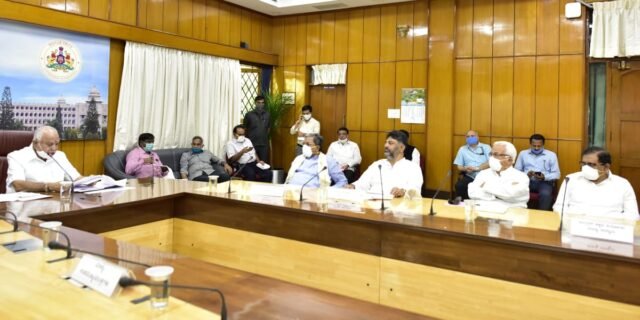 Is there a disconnect between the state’s officialdom and the state’s Chief Minister on the Covid-19 numbers, or does the CM know something the officials don’t?

Such doubts are being voiced, considering that in the last 3 days Karnataka witnessed a huge spike in positive cases,  but only 4 fresh cases were reported on Sunday.

Sunday’s health department media bulletin said 4 positive cases were reported from Mysuru district, of which 2 were connected to the  Nanjangud pharma company while 2 were Tablighi Jamaat returnees.

Till Saturday evening, Karnataka had reported 384 positive cases, and  Sunday noon’s 4 from Mysuru takes the state’s tally to 388, as per the media bulletin.

But what queered the pitch for health officials was when Chief Minister BS Yediyurappa said on Sunday morning that Karnataka’s infected tally was 410 cases.

The CM mentioned that figure while speaking to a Congress party delegation led by former Chief Minister Siddaramaiah and KPCC president DK Shivakumar.  The Congress team had put forward  a number of demands to curb the spread of the coronavirus.

“Karnataka has reported 410 Covid-19 positive cases,” the CM said. A  video clip of his meeting with the Congress delegation has gone viral on social media.

However, the media bulletin of the  health department sticks to the number of infected patients as 388.