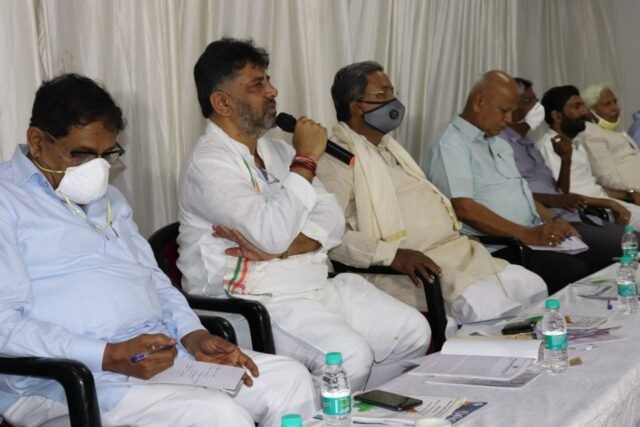 KPCC chief was to officially take over on May 31; new date may be June 7

Karnataka Congress president D K Shivakumar will have to wait a little longer to be officially anointed as the party’s chief in the state. He was to officially take over on May 31, a Sunday, but that has been derailed following the state government’s announcement of a complete lockdown on Sundays till the end of May.

According to party sources, the formality will now take place on June 7.

Shivakumar told the media on Tuesday that his official takeover of the party’s reins in the state was planned for May 31, but with the complete lockdown on Sundays, it would have to be another day. “I will abide by the law,” he said.

He said it would not be so much a ‘D K Shivakumar’ programme as a party workers’ programme, wherein functions would be organized at the gram panchayat and ward level across the state and the function in Bengaluru would be telecast live for the benefit of party workers.

The Delhi high command had on March 11 appointed the six-time MLA to replace Dinesh Gundu Rao as KPCC chief. Rao had quit the post in December after the party performed miserably in the assembly bypolls, winning only two of the 15 seats and losing 12.

Praising party workers for their voluntary work during the Covid crisis, he said both the Centre and the state government had failed in handling the situation.

Shivakumar has been at the forefront of the state party’s response to the pandemic, setting up a ‘Congress’ COVID-19 task force’ and video conferencing with partymen at the local level to keep tabs on the situation.

It’s back to hard lockdown in Bengaluru’s Covid clusters