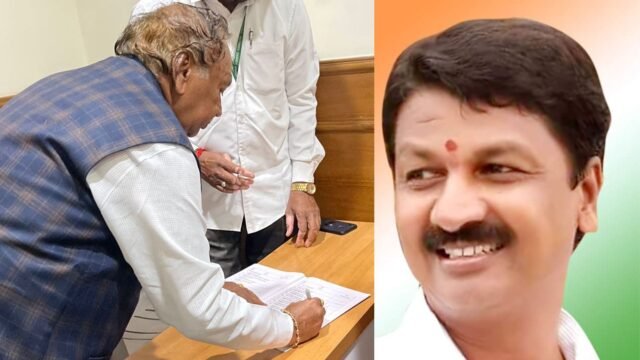 Two sulking BJP legislators K S Eshwrappa and Ramesh Jarkiholi who had stayed away from the assembly proceedings apparently demanding a ministerial berth on Thursday attended the session after getting an assurance from Chief Minister Basavaraj Bommai.

Jarkilholi, an MLA from Gokak in Belagavi, had hardly attended any assembly session ever since the alleged sex scandal broke out in March 2021, after which he resigned as the water resource minister.

The Shivamogga MLA Eshwarappa too had announced that he will not attend the session till he is made a minister as a mark of protest.

Eshwarappa had said that he got a clean chit by the investigation agency in the contractor suicide case as no evidence was found to establish the contractor’s allegation that he had demanded 40 per cent commission on a public work.

Bommai told reporters here that the two MLAs will attend the session. ”K S Eshwarappa and Ramesh Jarkiholi had met me and about the cabinet expansion. I explained to them about the details of the meeting that took place in Delhi,” Bommai said.

He added that he will once again go to Delhi regarding the cabinet expansion and to discuss other political issues. ”Already I have apprised the party high command about the need for cabinet expansion and this time I am confident that they will seek more details and give consent for it,” the Chief Minister said.

Against the 34 sanctioned ministerial posts in Karnataka, there are only 28 ministers in the state. The elections are just four months away but there is intense lobbying to get a cabinet berth. PTI