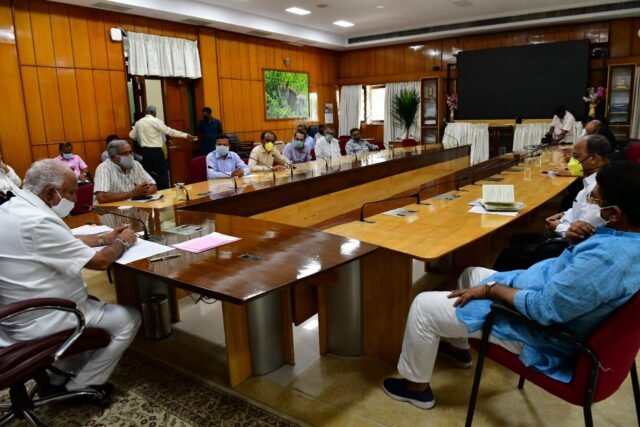 Karnataka Chief Minister B S Yediyurappa on Tuesday appealed to migrant workers from other states not to return home, assuring them that work would come their way as the rules relating to construction and industrial activities in non-Red zones had been eased.

“I appeal to labourers with folded hands not to listen to rumours.  It is the responsibility of the government to see that you get work here in Karnataka. Don’t take a hasty decision to go back…stay here and work,” he said.

This is the second such appeal of the CM in a week, and followed his meeting with a delegation of builders.

On Tuesday, Yediyurappa held discussions with various builders and officials on migrant workers/construction issues. “The COVID-19 situation in the state is better than in other states. Other than in Red zones, there is a  need to restart business, construction and industry. One has to control this trend of workers leaving,” he told the media later.

He said the construction industry delegation assured him they had paid wages and provided essentials to their workers in the last 6 weeks, even when there was no construction activity going on.

Stating that the government was ready to solve workers’ issues, he added, “We are trying to convince workers not to go back home. Buses will be provided on contract to private employers at a concessional rate to ferry workers to sites.”

Yediyurappa said he had also held discussions with weavers to understand their problems, while farmers’ issues  would be discussed with finance department officials.

Passport offices in Bengaluru to reopen on Friday