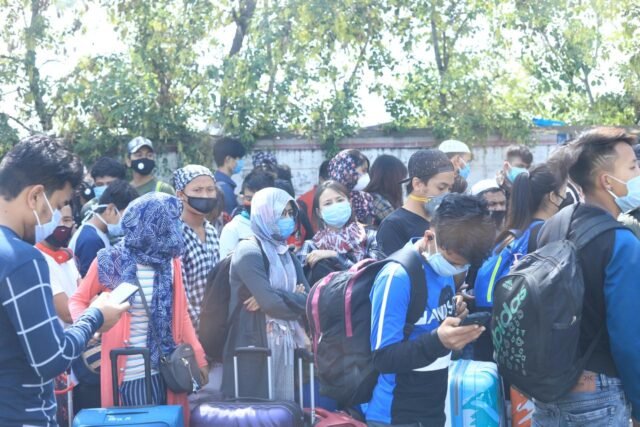 The coronavirus death toll continues to rise in the state, with 4 deaths recorded on Thursday, 2 in Bengaluru Urban and one each in Davanagere and Gadag. With this, the fatalities in the state have increased to 57.

The number of infected persons on Thursday is a huge 257, taking the state’s overall tally to 4,320.

The new cases include 92 in Udupi, 88 in Raichur and nine in Bengaluru, the Health and Family Welfare Department said.

The day’s 4 fatalities as per the department’s bulletin are: “P-4082 — 44 years, male patient, resident of Gadag district, diagnosed as ILI, fever, cough & UTI, known case of diabetes mellitus. He was admitted to a designated hospital in Gadag but his condition detoriated so he was shifted to a designated hospital in Hubballi-Dharwad on 02.06.2020 and died the same day due to sepsis and broncho pneumonia.”

“P-4093 — 83 years, female patient, resident of Davanagere district, secondary contact of P-2560, presented with chest pain. She was admitted to adesignated hospital, Davanagere on 31.05.2020 and died on the same day due to sever metabolic acidosis with renal failure.”

“P-4220 — 65 years, female patient, resident of Bengaluru Urban district, diagnosed as SARI. Presented with fever and cough. She died on 03.06.2020 due to acute respiratory distress syndrome at the designated hospital, Bengaluru Urban.”

“P-4317 — 60 years, female patient, resident of Bengaluru Urban district, diagnosed as SARI. Presented with fever and vomiting, known case of HTN and DM. She was admitted to designated hospital, Bengaluru Urban on 03.06.2020 and died the same day due to respiratory failure.”

Cab services to Bengaluru airport disrupted, after cabbie who set himself ablaze dies